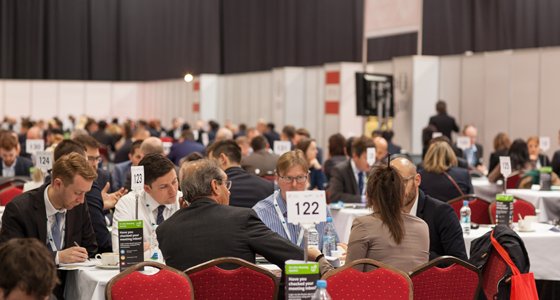 Ryanair, easyJet, Lufthansa, Air France and British Airways are the five largest European carriers by ASK. These airlines have already confirmed their attendance at Routes Europe and will be accepting meeting requests when scheduling opens on 13 March.

Those wishing to present their business cases to LCCs can expect to see representatives from Norwegian, Jet2.com, Ryanair and Wizz Air at this year’s event. A number of out of region carriers have also registered - American Airlines, AirAsia Group and Etihad Airways.

Scheduling for Routes Europe opens on 13 March. Popular airline diaries fill up fast, airports and destinations can maximise their chances of securing their priority meetings by submitting requests early.

More than 4,800 face-to-face meetings are expected to take place at this year’s event. With scheduling opening in less than two weeks, there has never been a better time to register for this year’s event. Register your place to maximise the chances of securing your priority airline meetings at Routes Europe 2017.