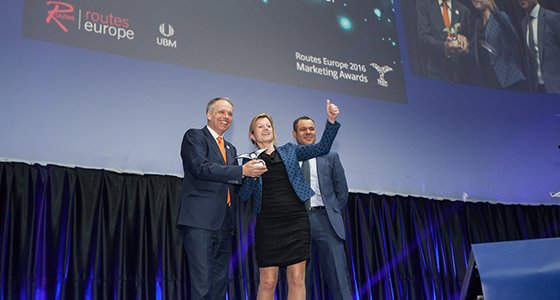 Votes flooded in for the Routes Europe 2017 Marketing Awards when voting opened on Monday, 30 January. We are pleased to announce that the following airports and destinations have been recognised by their airline partners for their outstanding achievements in route development marketing.

The shortlisted organisations have now been contacted and asked for a submission to support their nomination, as to why they think they should win the award, providing evidence to support their case. The submissions will then be reviewed by a distinguished panel of airline judges, who will select the category winners and overall winner for the industry's most coveted awards.

The winners will be revealed at the Routes Europe Networking Evening, which will take place at Titanic Belfast. Voted the World’s Leading Tourist Attraction in the 2016 World Travel Awards, the Titanic Belfast will provide an impressive backdrop for some of the most coveted awards in the industry.