In the aviation world competition is not only between airlines, but also between airports and increasingly so. Amsterdam Airport Schiphol was one of the first to actively promote its airport to passengers and airlines, according to Wilco Sweijen, director aviation marketing, Amsterdam Airport Schiphol, who highlighted what differentiates the European hub apart from others in terms of marketing during a Routes Talks discussion.

“The world and the aviation world in particular is continuously changing; it is key to keep discovering new ways to increase your competitiveness,” he said detailing insights on ways airports can be more competitive and to stand out from the competition. “Competition makes the world a better place. If the competition gets tough then we will be tough and come up with something new,” he added.

Amsterdam Airport Schiphol is now the third largest European hub airport and recorded a nine per cent year-on-year traffic rise in 2016, growing passenger numbers 60 63.6 million. It is now served by around 100 airlines providing scheduled connectivity to over 320 destinations. “We don’t collect airlines, we collect destinations. We want to connect Amsterdam to the world,” Sweijen explained.

The Netherlands gateway has utilised creative marketing strategies as a channel to promote its offering for more than four decades. Back in the 1980s we used to regularly see airlines showcasing the glamour of flying to the travelling public, but airports promoting themselves to trade remained rare and to the public almost unheard off.

However, as this following image shows, Schiphol was already attempting to highlight its value to UK travellers as far back as 1981. 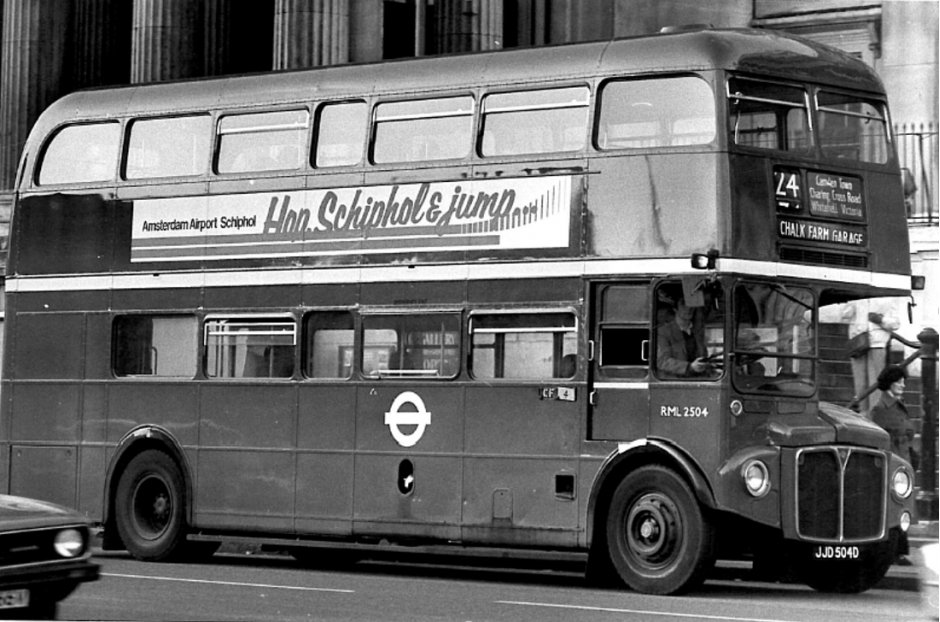 “Back then we hadn’t defined the word ‘hub’ so adopted the ‘Hop, Schiphol and jump’ line to highlight to UK travelers that they had an alternative option when flying long-haul. We used to be known as London’s third airport and later as Heathrow’s third runway,” said Sweijen. 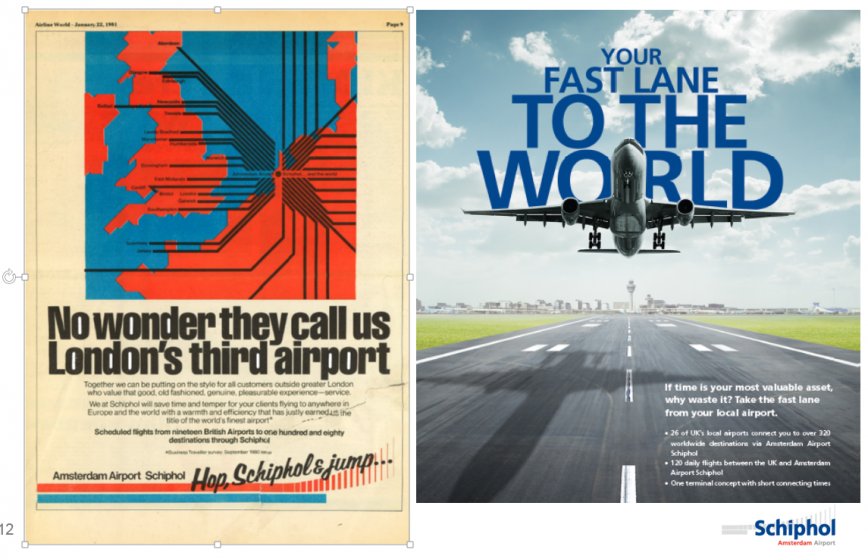 This is a clear example of how Amsterdam Airport Schiphol has developed a different way of thinking than other airports and has become recognised by its peers for its strong aviation marketing strategy.

“Constant change in this industry is a given and competition has become fierce. Airports are becoming more commercial and more competitive as they flight for connectivity and tourism boards have now entered the arena too. We work with our partners to ensure they are supported, while continuing to stand out from the crowd,” he added.

As for now the rapid growth and its marketing success means that “transparent dialogues” are currently taking place with existing and prospective customers at a “less aggressive pace than previously,” according to Sweijen, as the airport seeks to negotiate the removal of a movement cap from 2020. This currently restricts air transport movements to 500,000 per annum.

Ahead of the removal of this restriction, Schiphol Group is attempting to use the nearby Lelystad Airport as an alternative. This general aviation airfield is being turned into an international airport to mainly handle short-haul leisure flights and provide some space at Schiphol. It is scheduled to become operational in 2019. “Our goal now is to try and drive traffic to the right airport in our system,” said Sweijen.