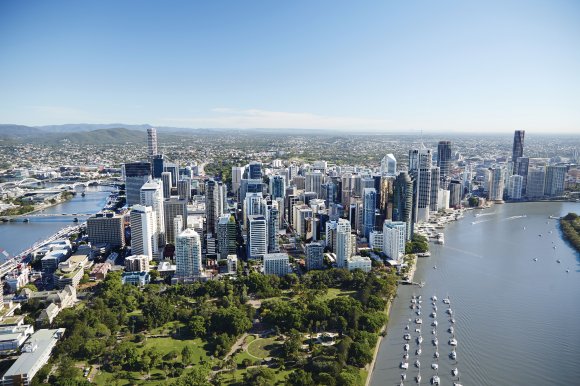 The capital of Queensland, Brisbane saw a record high of nearly 1.2 million international visitors in the year ending September 2016, 9.6% more than the previous 12 months. There was particularly strong growth from China, Japan, Korea and Hong Kong.

Brisbane Airport handled more than 22 million passengers in 2015 and its capacity will double when a second runway opens in 2020. Since the beginning of 2015 the airport has secured routes to 15 additional markets, including Abu Dhabi, Vancouver, Shanghai and Tokyo Narita. It was recently voted the Best Airport in Australia/Pacific in the 2017 Skytrax World Airport Awards.

Brisbane is the gateway to Queensland - the ‘Sunshine State’ - which is famous for attractions such as the Gold Coast and Great Barrier Reef. Queensland is also experiencing a boom in the number of international travellers, especially from China.

Julieanne Alroe, Brisbane Airport Corporation CEO and managing director said: “The city is ready and waiting to offer the warmest of Queensland welcomes to delegates attending Routes Asia in Brisbane in 2018.

“March is the perfect time to visit Brisbane. Our city boasts more sunny days than any other capital city in Australia and has a reputation as a thriving multicultural hub, praised for its globally–inspired cafes and restaurants, cultural and creative offerings, parks and green spaces and famously relaxed lifestyle.

“With Queensland’s famous Sunshine and Gold Coasts a short drive away and 50 domestic destinations accessible via direct flights from Brisbane, once delegates have enjoyed the city’s delights, they can easily explore the greater region or further afield.”

Steven Small, brand director of Routes said: “Routes Asia will be the perfect opportunity for Brisbane to show the aviation industry what it has to offer as a destination. There is a lot of potential in this growing market that airlines will be keen to tap into.”