Airlines could be missing out on successful routes by relying on “outdated methodologies” for network development, the commercial director of metasearch giant Skyscanner has claimed.

According to Hugh Aitken, who will speak at Routes Europe 2017, by keeping pace with changing traveller habits airlines can access a wealth of valuable data to predict successful routes.

“Most airlines globally have a website, so they can track data on trends in bookings,” he told Routesonline. “However, we believe there is room to broaden the data landscape by also looking at searches that take place before the booking is made and the trends and demand for routes that may not even exist yet, which can reveal strong commercial opportunities.”

“Data such as Skyscanner’s Travel Insight can inform route planners, who can see exactly what the demand and competition is on routes they already have as part of their network. But perhaps an even more significant opportunity is in revealing routes which are currently either un-served or under-served based on traveller demand.” 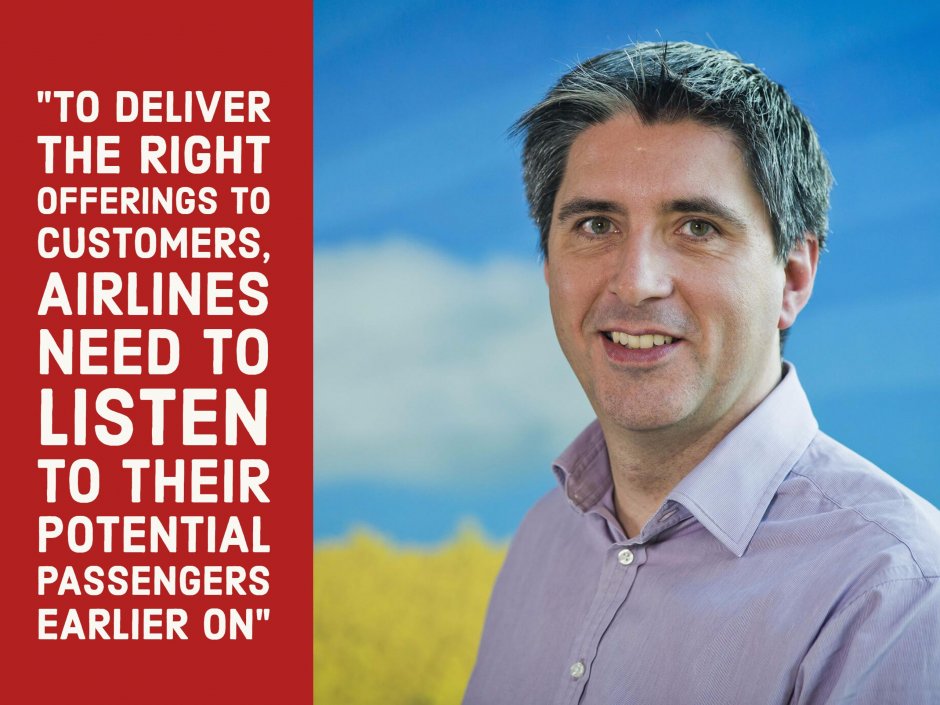 Airlines are increasingly targeting online data and service provision, with Ryanair recently stating its vision to become “the Amazon of air travel”, something which chief marketing office Kenny Jacobs will expand upon at his own address at Routes Europe.

And Aitken stated that staying ahead of technological development is “especially important” for airlines.

“Consumers’ preferences for travel in terms of destination selection and especially device choice has continued to shift over time,” he said. “Many airline planners still rely on decades old or outdated methodologies, data and tools which will be even less relevant in the new world.”

“To deliver the right offerings to customers, airlines need to listen to their potential passengers earlier on – a long time before the actual purchase – and address up-funnel demand. To achieve this, information needs to be gathered upstream, on a global level, and should be made available in a time-frame that enables corrective measures to be taken.”

“Airlines also need to know who their customers are, where their customers come from, where exactly they want to go and what their decision-making process is. For example, every executive knows that price is the main driver but how much passengers are willing to pay to save an hour is widely unknown.”

While Aitken said Big Data can play a major role in helping airlines in their route planning, he also noted that the marketing operations following a route’s creation can also benefit from the same approach.

“The marketing strategy is down to each individual airport to manage. However, by using big data, airports gain an insight into passengers’ planning and search preferences,” he said. “Using this information allows them to know which routes and services in particular to promote, which can inform and build their status – whether that be as a hub or regional airport.”

Ultimately, whether the main domain for future consumer behaviour lies with ambitious airlines such as Ryanair, airports or metasearch services, Aitken said the right direction for the industry is to “display travellers with a fuller and more dynamic range of ticket options no matter what site or device they are searching on”.

“The winners in this space - both among airlines and intermediaries - will be those that can see the value in bringing a rich and differentiated shopping experience to travellers, across the greatest span of platforms and devices.”