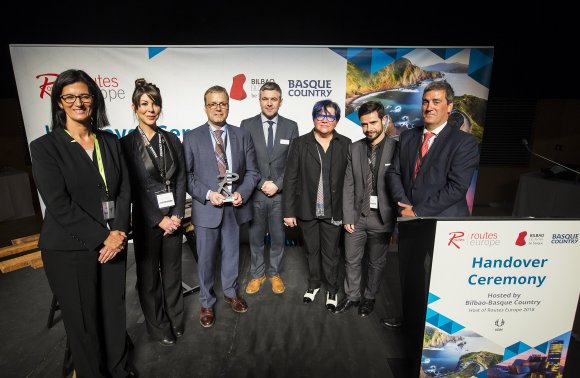 Routes Europe brings together airlines, airports, tourism authorities, governments and other stakeholders to plan future air routes. The 2018 event will be hosted by the Basque Government and Basquetour at Bilbao Exhibition Centre.

Bilbao is the gateway to the Basque Country, an autonomous region of northern Spain which includes the Basque Mountains, the Rioja Alavesa wine region, the resort town of San Sebastián and the beaches, estuaries, cliffs and villages that run along the Basque Coast.

The city’s emergence as a leading tourism destination began with the opening of the Guggenheim Museum in 1997. The museum of modern and contemporary art was the catalyst for the modernisation of the Biscay area and draws 1.2 million visitors a year.

The growth in tourism is reflected in the rising traffic levels at Bilbao Airport which handled 4.58 million passengers in 2016 (7.3% more than 2015). Traffic is also growing at the region’s smaller airports, San Sebastián and Vitoria-Gasteiz.

Routes Europe 2018 will give the hosts a platform to showcase the Basque Country’s attractions to some of the most influential people in the aviation industry.

Around 1,200 route development professionals from 116 airlines, 270 airports and 36 tourism authorities attended Routes Europe 2017 in Belfast, and Bilbao can expect similar attendance next year.

Steven Small, brand director of Routes, said: “Bilbao has been studied all over the world as destinations attempt to replicate its regeneration programme. Our delegates will be excited to explore the aviation opportunities in Bilbao and the wider Basque Country.”

The Basque Country’s Minister of Tourism, Trade and Consumer Affairs, Alfredo Retortillo said: “We are going to offer you our genuine hospitality, ancient traditions, modernity reflected in the titanium shields of the Guggenheim Museum and last but not least some of the most starred gastronomy all over the world.

"I hope you will agree that this will be a good environment for businesses and route development.”

More information about Routes Europe can be found at routesonline.com