UK-based low-cost carrier Flybe has announced details of an alliance with Eastern Airways to serve routes throughout the country.

Under the terms of the five-year agreement, Eastern will operate its flights under the Flybe brand.

In addition, four Eastern aircraft will serve existing Flybe routes to Aberdeen, Edinburgh, Glasgow and Manchester, which the airline claims will “significantly improve” connectivity for Scotland.

Christine Ourmieres-Widener, Flybe CEO, said: “This alliance with Eastern Airways is an excellent opportunity to strengthen the Flybe network.

We already operate flights at a number of common airports and this will enable passengers to connect to a greater number of destinations, across the UK and into Europe, all booked through Flybe.com.

“Eastern will operate routes from Glasgow, Edinburgh, Aberdeen and Manchester to offer an enhanced service to passengers based in Scotland and travelling to Scotland. Combined with our flights to Heathrow from Edinburgh and Aberdeen, this demonstrates our strong commitment to serving Scotland.” 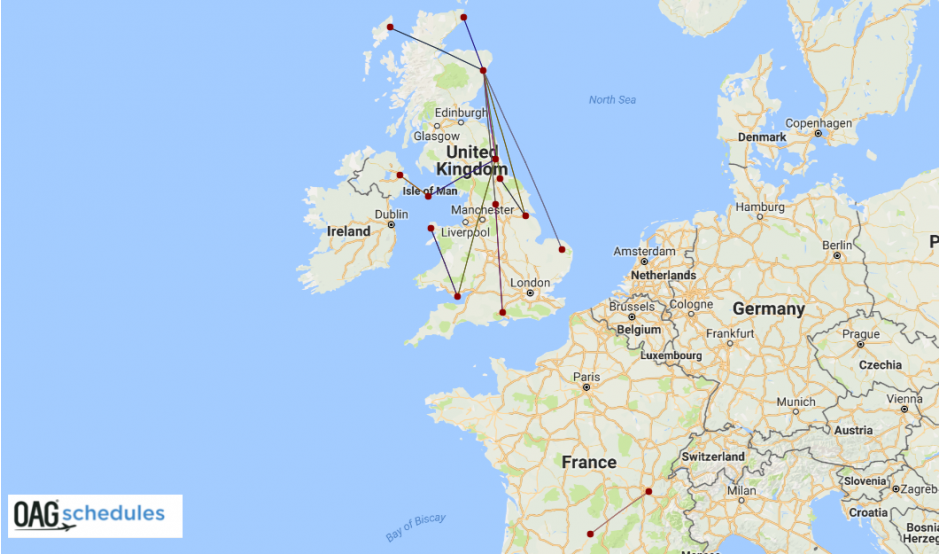