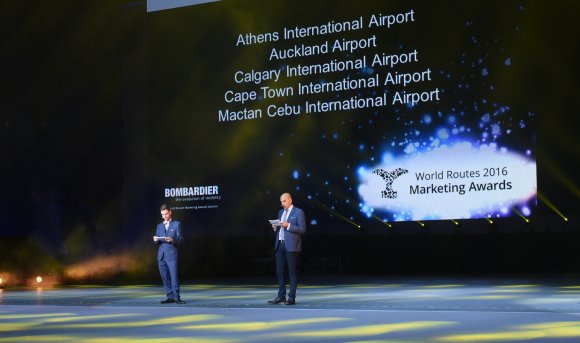 Airlines can nominate the airports and tourism boards that have provided outstanding marketing service during the last year, while a new award for individuals can be entered by anyone in the route development community.

The new ‘Individual Award for Outstanding Contribution to Route Development’ is open to specialists from airlines, airports, tourism authorities and other stakeholders who can demonstrate excellence in route development.

The deadline for nominations is 28 July and the shortlisted organisations will be contacted on 1 August. The full shortlist will be revealed on 4 August in the Routes Update newsletter and on Routesonline.

The shortlisted individuals and organisations will be asked to submit formal entries to the awards. Senior airline executives will judge the airport and destination categories, and a panel of executives from the wider aviation industry will review the new award for individuals.

The World Routes 2017 Marketing Awards will be held on 25 September during World Routes 2017 in Barcelona. The ceremony will be part of the Networking Evening at Palau Sant Jordi, the Arata Isozaki-designed building which was one of the main venues for the 1992 Olympic Games.

Voting will take place via Routesonline until 28 July.