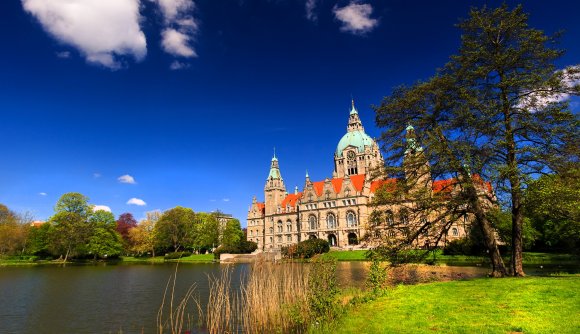 Routes Europe provides a meeting place for airports, airlines, tourism authorities and other stakeholders engaged in the planning of future European air services. The event moves to a different city every year, allowing aviation industry decision makers to experience the airport and destination offer at first hand.

Hannover is a centre of commerce in northern Germany and the capital of Lower Saxony.  The state of Lower Saxony has a thriving automotive industry (including Volkswagen’s headquarters and main plant) and it is a powerful driver of the German economy, contributing 8.5% of GDP in 2015 (€ 258.5 billion).

Lower Saxony’s scenery has helped to make tourism an important part of the economy. The East Frisian Coast and Islands, Lüneburg Heath nature reserve and picturesque towns such as Hamelin (the inspiration for the tale of the Pied Piper of Hamelin) helped the region to achieve more than 40 million overnight visitor stays in 2015.

Hannover Airport handled 5.5 million passengers last year and it is one of only three German airports that operates 24 hours a day. Recent new routes include Norwegian Air Shuttle’s Alicante, Malaga and Palma de Mallorca services, plus Wizz Air’s flights to Budapest and Belgrade.

The Hannover event will mark a return to Germany for the Routes business - the global World Routes forum was previously held in Berlin in 2011.

Steven Small, brand director at Routes, said: “We are excited to return to Germany for Routes Europe. Hannover’s reputation as a centre for international exhibitions and trade fairs make it an ideal destination for the event, which is growing larger every year.

“The event will provide a platform for the host team to showcase Lower Saxony’s attractions, enabling Hannover to compete with other airports on both a national and international level.”

Routes Europe 2019 will be hosted by Hannover Airport with the support of the Lower Saxony state government and Hannover City Council.

More information about Routes events can be viewed at routesonline.com