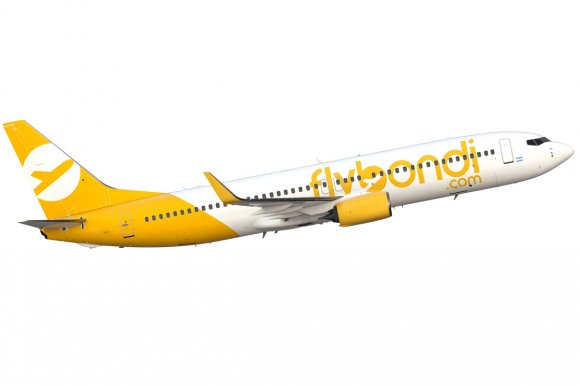 Flybondi expects to be operating fleet of ten aircraft by the end of 2018 after securing a €75m investment from a consortium of backers.

The ultra low-cost carrier has already signed lease agreements for two Boeing 737-800 and been granted 85 routes by the Argentine Government, which include 43 domestic and 42 international destinations.

Following the investment round, it hopes to start operations in the fourth quarter of 2017. The company expects to transport ten million passengers in five years and seeks to double the air travel market in Argentina, breaking Aerolíneas Argentinas' dominance.

Other European and Argentinian private investors have also taken part in the funding round. Cawley and Powell are joined on Flybondi’s board by the airline’s chief executive Julian Cook, former chief executive of Swiss airline Flybaboo.

Peter Yu, managing partner of Cartesian Capital Group, said: “Powell, Cawley and Cook are uniquely positioned to lead Flybondi.” He added: “The businesses they have built over the decades have greatly improved access for the traveling public around the world, and they are now bringing this model to Argentina.

“The market for air travel in the country is ripe for Flybondi and we will work closely with labour and consumer groups, regulators, and other stakeholders to provide reliable, high-quality service to all Argentines.”

In the past, Yu served as a director at the Brazilian low cost carrier Gol Linhas Aéreas Inteligentes, a company in which the Cartesian Group team led the initial institutional investment in 2002.

Flybondi – ‘bondi’ being the Argentine word for ‘bus’ – plans to start its operations in the fourth quarter of 2017 with a fleet of Boeing 737-800NG. The aircraft will be configured with 189 seats. It has started an objective to operate a fleet of 30 aircraft by 2021.

The start-up has also presented a plan to the government to set up what will become its main base at the military airport of El Palomar in Buenos Aires.

In July, the business also signed an agreement with the Cordoba Government to establish its initial base of operations at the Ingeniero Ambrosio Taravella International Airport starting in October. According to Flybondi's business plan, the company expects to transport 1.2 million new passengers to Córdoba by 2021, with regional and coastal routes.

The move by Flybondi to shake-up Argentina's low-cost market comes as long-haul carrier Norwegian is planning to launch bases in Buenos Aires and Córdoba to operate short haul and long-haul routes.