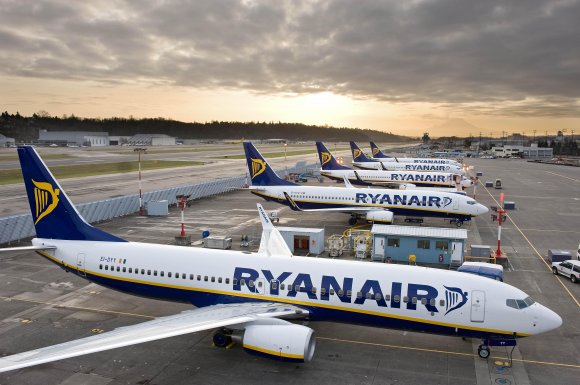 Routesonline analyses the European aviation industry, taking a quarterly look at the top routes served and revealing the airlines that are dominating the market. We also rank the top ten airports by available seat capacity.

London Heathrow - New York JFK had the most available two-way capacity during the third quarter of 2018 following a 6 percent increase compared with the same period a year ago. The route is operated by four carriers - American Airlines, British Airways, Delta Air Lines and Virgin Atlantic - and was recently ranked by OAG as the most lucrative airline route in the world. The rise in capacity came as Virgin Atlantic expanded its operation by adding a sixth daily A330-300 service, despite joint venture partner Delta Air Lines reducing service from three to two daily.

Izmir Adnan Menderes - Istanbul Ataturk fell to number two in the top ten after an 8.2 percent reduction in capacity compared with Q3 2017, while London Heathrow - Dubai International dropped from second to sixth after an 18.5 percent decrease. The decline in capacity on LHR-DXB followed Qantas’ decision to reroute flights from Sydney to Heathrow via Singapore, rather than Dubai, which came into effect in March 2018.

Elsewhere, Dusseldorf - Palma de Mallorca entered the top ten following a 30.7 percent jump in two-way capacity during Q3 2018, compared with the same period a year ago, as airlines battled to fill the void left by the demise of NIKI. Condor, Eurowings, Norwegian and TUIfly all increased frequencies, while Ryanair-backed Laudamotion, which emerged from the ashes of NIKI, entered the market.

Ryanair increased capacity by 4.5 percent during the third quarter of 2018 to 40,149,081 available seats, up from 38,435,796 the same period a year ago, to comfortably maintain its position at number one in the top ten. However, low-cost rivals easyJet and Wizz recorded double-digit percentage increases, growing capacity by 14.2 percent and 19.6 percent respectively. Norwegian also upped its available capacity by 11.6 percent to more than 12 million available seats.

Frankfurt International posted the largest percentage growth of the airports in the top ten with a 7.8 percent increase in capacity to 12,215,766 departure seats, compared with 11,327,485 in the third quarter of 2017. The growth came as Lufthansa, the airport’s largest carrier, upped the number of available departure seats by 5.5 percent, while second largest Condor grew by 9.9 percent. Ryanair was also Frankfurt International’s third largest carrier in Q3 2018 as it continues to grow the base it launched in March 2017.