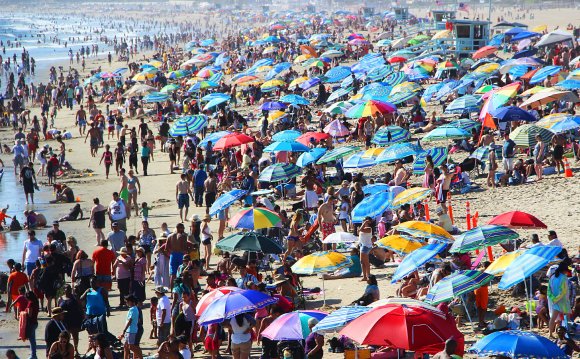 A number of European holiday destinations have hit the headlines this summer as they struggle with increasing visitor numbers. With popular resorts and cities around the world becoming victims of their own success, a global cross-industry approach is needed to manage sustainable tourism.

According to the United Nations World Tourism Organization (UNWTO), the number of international tourist arrivals grew by nearly 4 percent per cent to 1.2 billion in 2016. To put this in context, there were 300 million more tourists compared to the time of the global economic crash of 2008. With the total number of international tourists predicted to grow between 3 percent and 4 percent during 2017, it is unlikely that this trend will slow down.

An expert panel will discuss the vital importance of sustainable tourism at World Routes 2017. Including speakers such as Octavi Bono, director general of tourism, Government of Catalonia, the panel will discuss the major issues and how aviation and tourism can work hand-in-hand to protect the future of the industry and destinations

The economic impact of international tourism is vast: it is responsible for 10 percent of the world’s GDP and one in 11 jobs. Tourism is particularly important to rural communities and developing countries that lack a diversified economy. There is also the personal dimension: the ability to travel freely and cheaply provides cultural and leisure opportunities that were closed to previous generations.

There is no doubting the positive effects of tourism but there is another side to the coin. As more people seek to travel to far-flung parts of the globe that offer new and interesting experiences, the harder it becomes to find untouched destinations away from the tourist path. Natural habitats are affected by the building of roads, hotels, restaurants, bars and shops which must be supplied with water, energy and sewage facilities. Leisure activities such as trekking, climbing and scuba diving also have negative impacts such as littering, the erosion of pathways and damage to coral reefs, flora and trees.

The jobs created by tourism are often seasonal and low paid, leaving workers unable to pay for the high rents and living costs associated with a gentrified tourist hotspot. The profits generated by tourism often ends up in the coffers of large international corporations rather than the pockets of local people. Overcrowding, antisocial behaviour and petty crime are also common complaints.

One of the ways that destinations are balancing the social and environmental concerns with the economic benefits of tourism is to adopt dispersal strategies. Tourism Australia has a successful track record of encouraging international visitors outside the four major gateways of Sydney, Melbourne, Brisbane and Perth, and has acted as a trailblazer for destination marketing.

Last year Tourism Australia and Qantas signed a three-year AUS$ 20 million partnership to promote international inbound travel and increase dispersal across regional Australia. They will develop digital marketing and PR campaigns through a data sharing arrangement to reach potential customers in the UK, Europe, US, and Asia who are considering travelling to the country.

European cities such as Amsterdam are attempting to stem the tide of visitors by promoting lesser-known districts. Amsterdam has also restricted the building of new hotels to the surrounding areas, and an agreement with Airbnb has limited property rentals to a maximum of 60 days a year.

Barcelona has also cracked down on tourist accommodation which must be licensed and approved by the council. New hotels have been banned in the city centre and restrictions have been placed on the number of hotel and apartment beds that are available. The city has stopped issuing licences and existing licences in the busiest areas will not be renewed when they expire.

In Japan, the introduction of low-cost airlines and the depreciation of the yen has helped to create a tourism boom, with overseas visitor numbers almost quadrupling between 2011 and 2016 to over 24 million.

However, as tourism is concentrated in the main cities of Tokyo, Osaka and Kyoto, the Japanese government is developing measures to encourage travel further afield. Landing fees at 32 regional airports will be subsidised for up to three years to help them gain new flights, and new customs and immigration facilities will be built at 24 airports to support the handling of extra passengers.

Advances in travel and technology are making the world a smaller place and global solutions are required to overtourism. In this vein, the UN declared 2017 the ‘Year of Sustainable Tourism for Development’ to encourage growth that shares the economic benefits with local communities while limiting the negative social and environmental effects.

In the spirit of the UN’s proclamation, sustainable tourism is a central theme of World Routes 2017. The annual aviation forum provides a meeting place for airlines, airports, tourism authorities and other stakeholders to discuss and negotiate new air services. The conference programme explores the latest issues and challenges facing the aviation industry, and the event helps to set the future direction of the industry.

World Routes’ official charity partner is The Travel Foundation which has delivered sustainable tourism projects in 26 countries. They work with businesses and governments across the globe to develop tourism that benefits local communities and protects fragile environments now and for future generations.

The charity will be at the event to explore the role that aviation has to play in the management of global tourism, taking part in talks and panel discussions with industry leaders.

Salli Felton, CEO of The Travel Foundation said: “Some destinations are now only too aware that ever-increasing visitor numbers need to be properly managed. Anyone involved in route development has the opportunity, and indeed the responsibility, to manage the wider impacts of tourism growth and this will be emphasised across the whole programme, as part of our collaboration with World Routes."

Steven Small, brand director of Routes (the organiser of World Routes) said: “The aviation and tourism industries are inextricably linked. World Routes will bring these sectors together to explore how they can grow both sustainably and responsibly.”

World Routes 2017 is taking place in Barcelona between 23 and 26 September. Nearly 250 airlines and 560 airports and destinations are registered to attend the event.

More information can be viewed on the event website.