WOW entered the North American market in March 2015 following its launch at Boston Logan International Airport and will now operate 12 services to the US. None of the four destinations announced are currently served from Iceland.

“We are proud of our growth over the last two years and will continue to work tirelessly to provide the lowest fares possible to each region of the US,” said Skúli Mogensen, chief executive and founder of WOW air who is also speaking at World Routes 2017 in Barcelona. 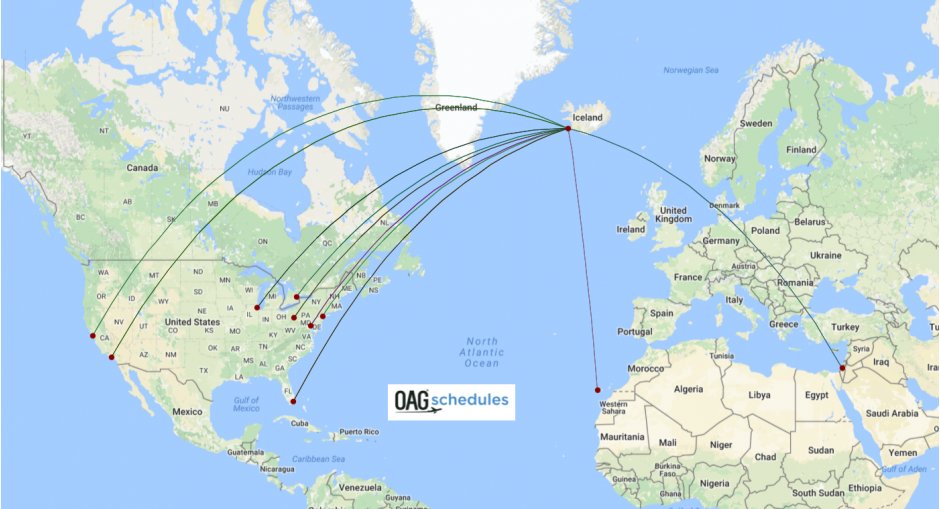 In March, the airline's VP network and planning Daniel Snaebjornsson told delegates at Routes Europe that WOW air was hoping to capture 10 percent of the 60 million-strong transatlantic market. He added that the carrier would consider codeshares or partnerships in the US in the future before looking at other international markets.

"In five years time we will be looking at serving Asia and other markets," he said. "Then our fleet will be around 40 aircraft. That might be conservative!"

WOW air has expanded rapidly in recent years and, according to figures from OAG, is expected to almost double its capacity this year compared with last. The total number available seats in 2017 is set to be 2,988,470, up by 97 percent on 2016.

WOW air's flights from DTW, CLE, CVG and STL to Iceland will commence in 2018. The inaugural flights are as follows:

In addition to the new US routes WOW is to launch a service between London Stansted and Reykjavik. The service will begin on 25 April 2018.

Hear from Skúli Mogensen is the founder, chief executiveand sole owner of WOW air. Prior to founding WOW air Skúli spent 20 years as an entrepreneur and investor, primarily in the technology, media and telecom Industry in North America and Europe. Skúli was awarded the Businessman of the Year Award in Iceland in 2011 and 2016.