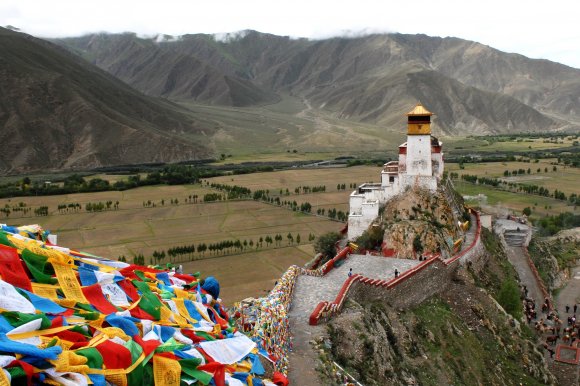 A near 200 percent surge in year-on-year seat capacity has positioned Tibet Airlines among the fastest-growing major airlines in the world during the third quarter of 2017, analysis by Routesonline has revealed.

The carrier, which is based at Lhasa Gonggar Airport and is part-owned by Air China, connects the autonomous region of Tibet with domestic cities including Shanghai and Beijing.

According to figures from OAG, Tibet Airlines’ total available seat capacity grew by 198 percent to 1.4 million in the three months to the end of September 2017, compared with 470,000 seats during the same period a year ago. It operated 65 routes during the period, 18 more than during Q3 2016.

In August 2017, the carrier expanded its route network with the launch of a Chengdu-Kathmandu service, operating four flights per week on Monday, Tuesday, Thursday and Saturday. Other new routes in Q3 2017, compared with Q3 2016, include Changsha (CSX) – Mianyang (MIG) and Tianjin (TSN) – Xiahe (GXH).

The list of fastest-growing airlines was calculated by ranking the top 200 carriers in the world by capacity from July to September 2017, based on figures from OAG Schedules. This was then ordered by year-on-year percentage growth, with the top ten featured below. All of the top 200 had more than one million available seats during Q3 2017.

Elsewhere in the top ten, Lufthansa-owned point-to-point carrier Eurowings was second after increasing seat capacity by 177 percent to almost six million as it continued to integrate the operations of Germanwings. It was also able to expand capacity following a deal earlier this year to wet-lease 38 Airbus A320s from Air Berlin, the now insolvent German carrier.

When analysing the top 200 airlines in the world by capacity increase alone, Eurowings recorded the largest growth in the total number of available seats in Q3 2017 when compared with Q3 2016. The carrier added 3.8 million more seats during July-September 2017.

Eurowings operated 303 routes during the period, compared with 118 in Q3 2016. The sharp increase came as the carrier continued to integrate the operations of Germanwings, with the number of routes operated by the latter dropping from 254 in Q3 2016 to 236 in Q3 2017 and its capacity falling from five million to 3.1 million available seats.

Since the end of the third quarter, Lufthansa has agreed to buy Air Berlin’s Niki and LG Walter units and the group expects the deal to significantly expand its Eurowings operation once completed. Carsten Spohr, chairman of the executive board Lufthansa, said the group has a “great opportunity to take a decisive step forward with Eurowings in Europe".