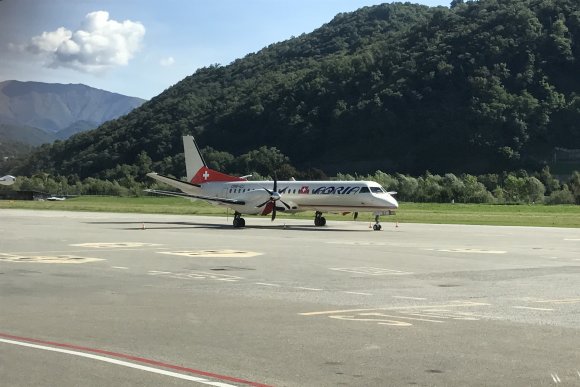 Swiss regional carrier Darwin Airline is seeking to expand as an aircraft, crew, maintenance and insurance (ACMI) provider – and is mulling the possibility of becoming a Star Alliance member – following its takeover by Slovenia’s Adria Airways.

Adria Airways completed the purchase of Darwin in July through a new Swiss subsidiary, providing an exit for minority shareholder Etihad. Under the terms of agreement, Darwin will continue to operate under its own name and with its own air operator’s certificate from its bases in Lugano and Geneva.

Christian Schneider, Adria Airways Switzerland's chief commercial officer, told Routesonline that the carrier expects to strengthen its position in Europe following the deal, while the change in ownership will not signal a change in business strategy.

“Adria is a very well-known and respected brand in Europe with more than one million passengers per year and more than 55 years of tradition,” he said. “Our strategy is clear: we continue to build our business on three pillars. Scheduled and charter flights, and provision of ACMI services.

“We operate schedule flights from our hubs in Geneva and Lugano and transport annually more than 140,000 passengers. We are known for our reliability and good service, therefore, we will continue to sell charter flights and provide ACMI.”

Schneider said the airline was “constantly evaluating new routes and destinations” in order to meet demand from passengers. But he added: “However, the decision to open a new route doesn’t depend only on demand but we have to consider many other factors. We open only routes that can secure future viability of the company.”

Etihad purchased a 33 percent stake in Darwin in November 2013 and subsequently rebranded the airline Etihad Regional. Its decision to sell its shareholding came as part of a divestment strategy that has also resulted in the Abu Dhabi-based airline ending its financial support for Air Berlin and Alitalia.

Looking to the future, Schneider revealed that Darwin could follow its new parent company Adria Airways and become a member of Star Alliance. Adria Airways, founded in 1961 as a charter company, joined the global airline alliance in December 2004.

“For the time being, we are not a Star Alliance member,” Schneider said. “However, we are considering the option of applying in order to provide our passengers the benefits such membership entails for them.”

He added that in winter 2017 Darwin would focus on its domestic routes and was looking forward to new opportunities as an ACMI provider.

“Last but not least, there are many European sport tournaments ahead, therefore, we plan to continue strengthening our position as a carrier of sport-teams, especially soccer and ice-hockey teams, with our charter service,” Schneider said.

In August, it was announced that Darwin has secured a contract with start-up PowdAir for the 2017/18 winter season. Adria Switzerland aircraft and crew will fly twice daily from Sion Airport in the Valais region of Switzerland to London City Airport, in addition to three times daily to Zurich.