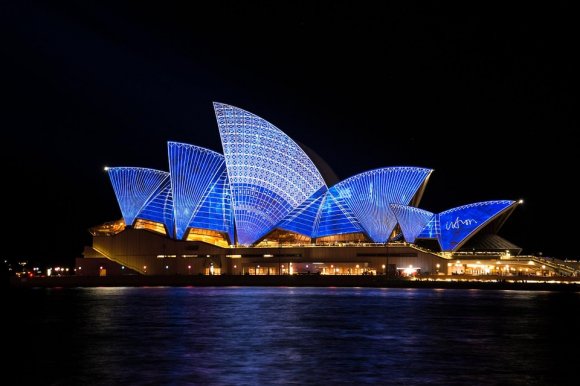 United Airlines is going to launch Houston – Sydney from 18 January 2018 with a 252-seat Boeing 787-9 on a daily basis. The route is subject to government approval, but if it operates it will be the fourth longest route in the world at 8,596 miles 17 hours and 30 minutes. United's move is a clear indicator of the carrier's growing confidence in its ultra-long-haul operation as well its global sales force.

United has maintained a strong presence in Sydney since 1986, launching service from LAX and also serves the market from SFO today. The carrier is clearly targeting high-yield traffic looking to bypass a West Coast connection. The route is made possible by the development of the 787 which has enabled these longer, thinner markets to be served.

The annual passenger numbers are relatively low at 13,656 two-way passengers per year, but there will be other people that will be making “broken journeys”, i.e. buying two tickets or taking a layover greater than 24 hours. Perhaps more importantly, Houston is United’s second largest hub, in terms of scheduled frequencies for 2017, and marginally third in terms of seat capacity for the same period. It will provide valuable additional connectivity compared to Los Angeles and San Francisco.

Houston is larger in terms of connecting points and will add many cities that aren’t connected through LAX and SFO, in particular in the Eastern Seaboard, Mid West, South East US, Central America and the Caribbean. Houston will release traffic that would otherwise be flowing through LAX and SFO not only from Houston but the other “behind” markets. United already serves Australia direct from Los Angeles, San Francisco as well as Los Angeles to Melbourne. Thanks to Jeremiah Gerald and the ASM team in the US for their help.

WOW is to add its ninth route into the US, serving Reykjavik to Dallas from 23 May 2018. The carrier will serve the route three times weekly with an A330-300. The carrier will be providing connectivity from more than 20 markets in Europe. The low O&D demand of just over 3,000 passengers per year between Reykjavik and Dallas will be stimulated significantly with WOW offering its lower fares.

The airline has stimulated O&D markets in the past, for example Pitsburgh 2,480 percent (June and July), Miami 2,538 percent (April -Jul), Los Angeles (1,075 percent) and San Franscico (1,321percent). There is currently no American carriers serving the route, but only a few days after WOW unveiled the service, Icelandair also announced it is to serve Dallas four times weekly with a Boeing 757-200 aircraft. Icelandair's service will begon on 30 May 2018.

Currently, Icelandair competes with WOW on four of the eight existing services to US (and on both routes WOW served to Canada). Of the 20 markets served in Europe, 15 currently doesn’t have direct service from Dallas, with only London, Amsterdam, Frankfurt, Milan and Paris service directly from DFW. If you want to travel from Europe to Dallas, you might find yourself getting a good fare through Reykjavik in 2018!

Thai Lion Air has filed a preliminary schedule for Bangkok Don Mueang – Kochi route, which is only showing for 20 October to 28 October 2017. Why would Lion Air choose India and Kochi to be its first route? The carrier is clearly targeting the new services from Thai AirAsia which started Kochi during May 2016.

AirAsia serves Kochi daily from Don Mueang International Airport. The latest 12-month O&D data up to July 2017 (Sabre Market Intelligence) for Bangkok to Kochi shows the market size at 104,754 passengers, higher than the 2016 figure of 66,119 shown above.  So AirAsia clearly continues to stimulate the market size during their first full year of operation. Bangkok – Kochi is now the sixth largest Indian O&D market from the Thai capital.

The Thai Lion Air service will be targeting the large and growing Indian middle-class that has an appetite for travel. More than one million Indians travel to Thailand (1,069,149 in 2015) and it is surprisingly the sixth largest source market for Thailand. There are 12 Indian cities served from the Thai capital on a scheduled basis (September schedule). The route will also attract a smaller number of Thai visitors that will want to travel to Kochi to visit the Kerala backwaters.

Also, visa on arrival makes Thailand the biggest draw for Indian nationals. While Thai Lion Air could have chosen other higher O&D markets, with other markets comes increased competition from Thai Airways/Thai Smiles and the Indian carriers. Thanks to Sanjay Jayanth for additional information.