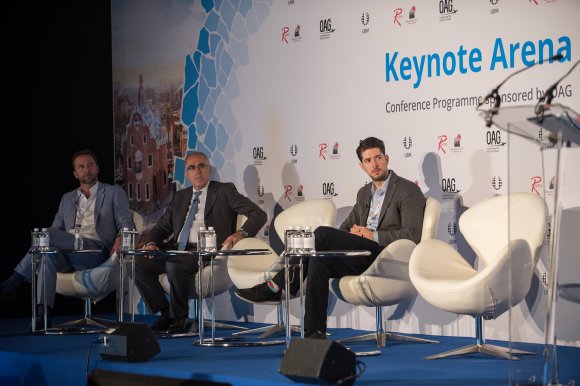 The advent of Big Data will further disrupt the aviation industry over the coming years, delegates at World Routes 2017 have been told.

Skúli Mogensen, chief executive of Icelandic carrier WOW air, said he challenges his team to innovate through technology: "I ask them are we a technology company or an airline?

"We are just coming to a point where you will see great innovation taking place in terms of customer relationship management. I think the airline is in a great position to become a lot more than flying from A to B."

Juan Carlos Zuazua , chief executive of VivaAerobus, added carriers must use technology effectively to understand the customer: "Big Data plays a big role in profitable low-cost carriers. You cannot be successful in the low-cost sector by just selling fares.

"In my opinion, not only the technology is important but also the business model. Many full-service carriers have attempted to start LCCs and 90 percent have failed. It’s a very different business model – the way you run them and the way the management think. The way you operate is an important part of your DNA."

Mogensen said all airlines have to become more efficient and effective use of technology is key. "There is no working around it given the competition that exists," he told the audience. "The true survivors will be the adopters of technology – those that understand the customers and can bring the fares down as a result. They are the true disruptors."

Zuazua added that airlines cannot be successful in the low-cost market by just selling fares. But he said: "In my opinion, it's not only the technology that is important but also the business model.

"Many FSC have attempted to start LCCs and 90 percent have failed. It’s a very different business model – the way you run them and the way the management thing. The way you operate is an important part of your DNA."