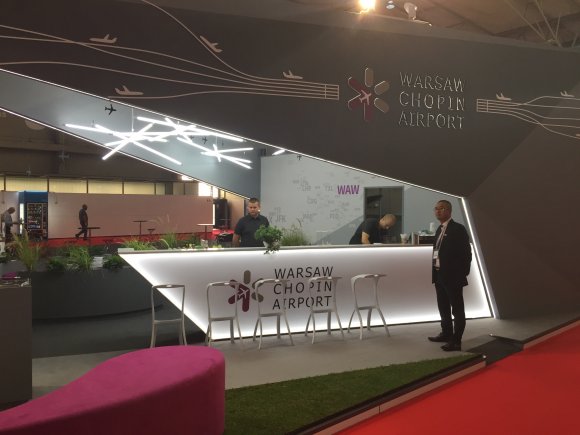 In 2016-17 the most notable route successes involve our long-haul network development as well as attracting new carriers to serve them. LOT Polish Airlines has opened new transcontinental routes to Los Angeles, Newark, Astana, Seoul and Tokyo.

New long-haul carriers include Air Canada Rouge (flights to Toronto YYZ) and Air China – direct flights to Beijing. Opening so many long-haul routes stresses the growing importance of Warsaw as a regional hub.

Q: What are you next targets for route development?

As we want to become the leading Central and Eastern European hub, we want to be connected with all the CEE capitals and major cities to provide the best transfer opportunities to North America and Asia. Long-haul services need to grow as well, mostly to USA, China, and South-Eastern Asia, where we already see big and increasing potential.

Warsaw Chopin Airport is developing at a record high rate yet another year – it is the fastest growing one in Europe in Q1 2017 according to ACI - and it is becoming an important CEE hub. We are connected to 30 destinations in CEE already and working on further growth. Almost a quarter of our passengers today are transfer passengers. 14 new routes were added in 2017 by PLL LOT and WIZZ AIR, including four non-European routes.

I’d like to invite all routes delegates to visit our stand No. HNS 6.180, where you will find information about Poland, Warsaw and Chopin Airport and many attractions, including attractive giveaways, tasty regional food and drinks, music app with great prizes and chill out atmosphere. We are waiting for you.