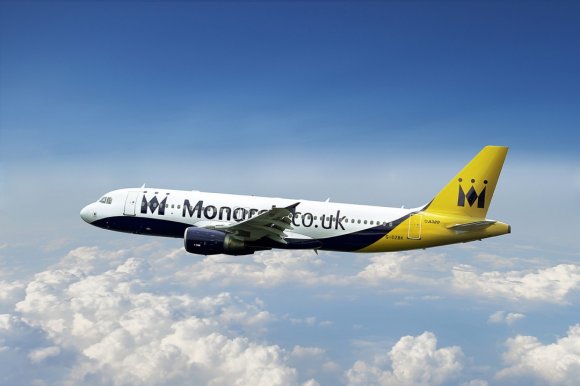 British airline and holiday group Monarch has ceased trading following the appointment of administrators. The collapse has left about 110,000 customers stranded overseas, with the UK’s Civil Aviation Authority currently coordinating the repatriation. So what went wrong?

Although its management team attempted to turnaround its fortunes, the airline remained loss-making and a further investment of £165m was required in October 2016. The fresh financing allowed the airline to renew its membership of the Air Travel Organisers' Licensing (ATOL) scheme.

However, Monarch chief executive Andrew Swaffield blamed “outside influences” for badly affecting the airline in recent years, with yields collapsing by a quarter since 2015. This especially affected Spain and Portugal which accounted for 80 percent of its business. Swaffield said this year the airline carried 14 percent more passengers than last year for £100m less revenue.

“The root cause is the closure, due to terrorism, of Sharm-El- Sheikh and Tunisia and the decimation of Turkey,” Swaffield said in a letter to staff.

In 2015, Metrojet Flight 9268 was brought down by a bomb shortly after it left Egypt’s Sharm el-Sheikh International Airport, killing all 224 people aboard. In the same year, a mass shooting occurred at the tourist resort at Port El Kantaoui, about 10 km north of the city of Sousse in Tunisia.

Monarch cancelled all flights to Sharm El Sheikh in November 2015 after the UK government banned airlines from flying there amid security concerns. According to statistics from OAG, Monarch’s capacity to Egypt dropped from more than 400,000 available seats in 2015 to almost zero, while capacity to Tunisia fell from almost 40,000 to nothing.

After redeploying much of its Egypt and Turkey capacity to Spain and Portugal, Monarch has been a victim of a price war in the Mediterranean, with intense completion from low-cost carriers like easyJet and Ryanair leaving it squeezed in the middle.

Analysis by Routesonline shows that during the summer 2017 season, the airline had competition on 21 of its 30 routes from Birmingham; all ten routes from Leeds Bradford; all 23 routes from London Gatwick; 13 of its 15 from London Luton; and 25 of its 26 services from Manchester.

“Despite these challenges we managed to cut £40m out of our cost base by reducing overheads and being more efficient and wasting less,” said Swaffield. “However the yield reductions have turned our airline from one that made £70m profit in 2015 to one that made a £60m loss in 2017 and was scheduled to lose over £100m in 2018.”

A closer look at the competition Monarch faced on each route in summer 2017 (source OAG):

Swaffield said the airline planned to switch its focus from short-haul to long-haul in spring 2018 to reduce losses. A process to find a buyer for assets of its short-haul operations was therefore launched, but “no deliverable offer” materialised.

“As a consequence of this we lost any prospect of avoiding an insolvent liquidation and have been left with no option but to file for insolvency and cease operations,” he added.

“Unlike many other countries, the UK does not offer a viable insolvency track for airlines to keep operating during administration and so we were forced to cease operations.”

The administrators from KPMG have said they are "hopeful" that some of Monarch's best slots will be sold. Nigel Mayes, senior vice-president for consulting and product development at route development consultancy ASM, believes a string of competitors will be in the mix.

“As the administrators start the process of carving up Monarch’s assets, rival airlines will be most interested in landing some of the carrier’s coveted slots, in particular those at London Gatwick and Manchester,” he says.

“Monarch had a 4.5 percent share of flight slots at Gatwick and 6.7 percent at Manchester and these could prove to be its most valuable assets. The likes of easyJet, BA, Wizz Air and Norwegian will no doubt all be circling.”