The chief executive of Wizz Air has outlined plans to base up to seven aircraft in the UK, saying he wanted the low-cost carrier to be prepared for any instability that could arise from Britain’s exit from the European Union. József Váradi also confirmed that the Hungarian airline is keen to take on take-off and landing slots at London Luton vacated by defunct counterpart Monarch Airlines.

Wizz has already applied for a UK air operator certificate, which could be needed once the UK leaves the EU. It hopes the new entity, known as Wizz Air UK, will be fully operational by March 2018.

“We think that Brexit is uncertain and nobody knows how it will play out. We want to make sure [there is] a contingency so we are ready to deal with the situation under any circumstances,” Váradi said.

“With Wizz Air UK being a UK legal entity, we would be better positioned to access the market and continue to fly, and also get access to traffic rights under any circumstances.”

He added that Wizz is keen to establish a UK airline as he believes the sector is set for further change: “We think that Monarch is not the end but more the beginning of a market consolidation in the United Kingdom.

“Brexit is going to shake up the industry and we want to make sure that we stand ready for those opportunities should they arise.”

Váradi confirmed that Wizz Air UK will have three aircraft based in Luton from the start, scaling it up to five and then seven aircraft over the next two years.

“This may change depending on the situation,” he added. “One of the factors we are contemplating is the Monarch slots at Luton.”

Monarch’s slots for summer 2018 are set to be reallocated to other airlines after administrators lost a legal bid at London’s High Court to retain them.

Váradi was speaking at Wizz reported its financial results for the six months to 30 September 2017. Total revenue increased 24.8 percent to €1.15bn while profit for the period was a record €288.6m, up 24.6 percent.

The airline carried 15.62 million passengers during the period, an increase of 25 percent on the same time last year. It started 57 new routes in H1 and now offers more than 550 routes to 43 countries from 28 bases. 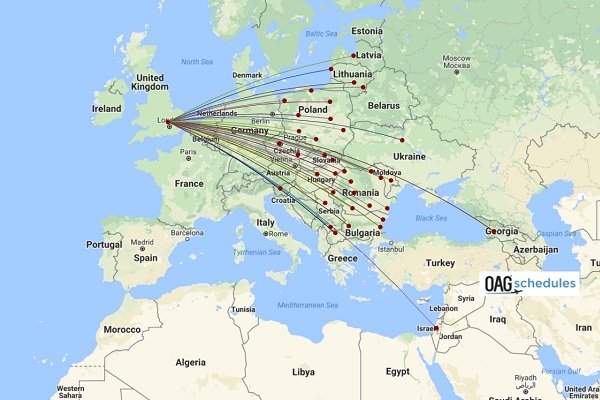