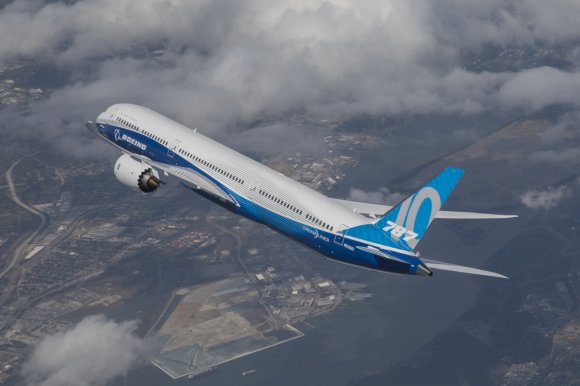 Boeing has clinched a multibillion-dollar order from Emirates on the first day of the Dubai Air Show as the airline continues to modernise and expand its fleet. The deal is for 40 Boeing 787-10 Dreamliners valued at $15.1bn at current list prices.

Sheikh Ahmed bin Saeed al-Maktoum, chairman of Emirates, said the aircraft had been chosen over the Airbus A350.

The 787-10 is the largest member of the Boeing 787 Dreamliner family and more than 65 customers have ordered more than 1,275 Dreamliners to date.

“Emirates' orders today will be delivered from 2022, taking the airline well into the 2030s,” Sheikh Ahmed said. “Some of these will be replacements so that we maintain a young and efficient fleet, and others will power our future network growth.

“We see the 787 as a great complement to our 777 and A380 fleet, providing us with more flexibility to serve a range of destinations as we develop our global route network.”

The order is a further kick in the teeth for Airbus as the carrier had been expected to announce a big order for the Airbus A380 superjumbo at the media briefing.

“The ownership, my bosses here, will not sanction any further acquisitions unless they know the line is going to be continued and they have a full understanding of what would happen if there was a cancellation," he told the news organisation.

Airbus has not won a new A380 order from any airline for more than two years and does not expect any for the rest of this year. In July, the manufacturer revealed that production would fall from 15 this year to 12 in 2018 and just eight in 2019.

In addition to the Emirates order, Boeing has also landed a deal with Azerbaijan Airlines for five more 787-8 Dreamliners and a commitment to purchase two large freighters. The agreement is valued at about $1.9bn at current list prices.

The orcers come as Boeing has forecast that airlines in the Middle East will need 3,350 new airplanes over the next 20 years, valued at an estimated $730bn. Twin-aisle airplanes are expected to make up nearly 50 percent of the orders.

"Traffic growth in the Middle East is expected to grow at 5.6 percent annually during the next 20 years," said Randy Tinseth, vice president of Marketing, Boeing Commercial Airplanes.

"The fact that 85 percent of the world's population lives within an eight-hour flight of the Arabian Gulf, coupled with robust business models and investment in infrastructure, allows carriers in the Middle East to channel traffic through their hubs and offer one-stop service between many cities."

Boeing wins $37bn order during Trump’s visit to China
Airbus A380: a decade of commercial flight
Where does the Airbus A380 fly? Q3 2017 network update