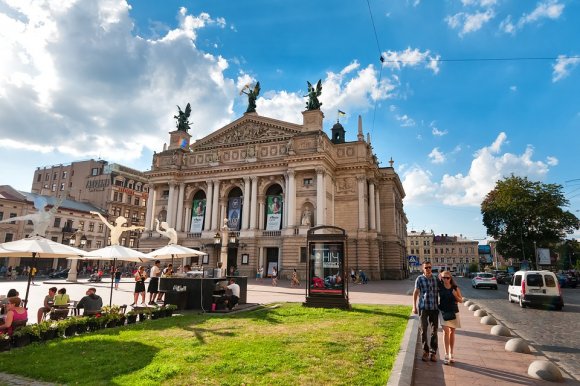 Thanks to ASM consultant James Nicholls for his help with Route rundown this week.

In July this year, Ryanair scrapped plans to start a number of new routes into Kiev and Lviv, including Stansted – Lviv, seemingly due to a breakdown in commercial agreements and support. Wizz Air has clearly seen this as an opportunity and has decided to relaunch its Lviv-Luton service. The airline previously operated this route in 2009, but it was cancelled among several others from Lviv in the same year. This will become the regional Ukrainian Airport’s only direct scheduled service to the UK.

Greece is an important market for Qatar Airways, the existing three times daily service to Athens being one of the largest European markets for the airline by weekly frequencies, beaten only by London Heathrow. Analysis of the Athens service shows a roughly 50/50 split of inbound visitors vs Greek outbound, with the top source markets for the route being Australia, India and China. Thessaloniki will become Qatar Airway’s second Greek market and it is understood that the airline expects the route to capture a similar inbound/outbound split.

Lucknow is Indigo’s 13th largest market in India, yet will become only the fourth Indian airport to have service to Sharjah with the carrier after Calicut, Thiruvananthapuram and Hyderabad. India is a huge source market for travel to the UAE, but airline capacity is heavily restricted by historic bilateral agreements between the two nations, an issue which the leadership of the UAE is keen to resolve. Despite the restrictions, Lucknow is already relatively well connected to the UAE, with Air India Express and Flydubai serving Dubai and Jet Airways serving Abu Dhabi. Indigo will become the only airline serving Sharjah, the third UAE destination from Lucknow.