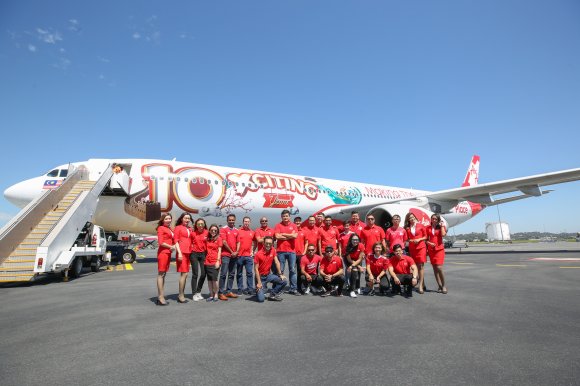 AirAsia X, the low-cost long-haul subsidiary of AirAsia, is to lease more Airbus A330s in 2018 to focus on shorter China routes and redeploy its existing fleet to new markets.

The carrier operates a core fleet of 30 A330-300s, with a seat configuration of 12 Premium Flatbeds and 365 economy seats. It said the third-party leased aircraft would be all-economy class and be deployed on medium-haul routes.

The move will support its network expansion before its A330neos are due to arrive towards the end of next year. AirAsia X currently has 66 A330-900s on order.

“Looking ahead, we continue to fine tune our network and introduce new markets that strengthen our network, as well as support our revenue and profitability targets,” said Datuk Kamarudin Meranun, chief executive of AirAsia X Group.

“Earlier this month, we launched Kuala Lumpur-Jeju and Kuala Lumpur-Jaipur which will commence inaugural flights in December 2017 and February 2018 respectively.

“Our bookings for 4Q17 and 1Q18 are ahead of last year showing that demand to fly remains strong and reflects growing evidence that consumers are prioritising expenditure on flights and holidays above other non-essential items.”

AirAsia X posted a net loss of 43.3 million ringgit ($10.6m) in the three months to 30 September 2017, compared with 11 million ringgit profit a year earlier, due to a one-off provision for doubtful debt.

During the July-September period, the number of passengers carried jumped 23 percent to 1.5 million.

AirAsia X Thailand’s financial performance weakened in the third quarter, but AirAsia X Indonesia posted profit of $2.15m on the back of strong revenue performance especially from its Denpasar-Narita and Denpasar-Kuala Lumpur routes.

Earlier this month, AirAsia X celebrated its tenth anniversary at at Gold Coast International Airport, Australia, which was the maiden destination of the carrier on 2 November 2007.

Datuk Kamarudin Meranun said: “This tenth anniversary is definitely a memorable milestone for all of us at AirAsia X. For an airline that many thought would not succeed in the beginning, we sure have a lot to celebrate for after ten amazing years.

“We have grown from strength to strength since our inception in 2007, having flown over 30 million guests to over 25 destinations in different regions including the US, while at the same time forming the most extensive flight network of over 125 destinations in Asia and beyond with our short-haul affiliate AirAsia to serve a broader spectrum of guests, making us one of the largest airline groups in the world.”