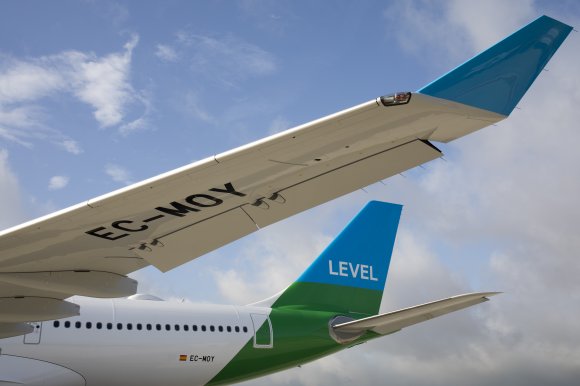 Long-haul low-cost carrier LEVEL is to base two Airbus A330-200 aircraft at Paris Orly from July 2018, its parent IAG has confirmed.

The airline, which operated its first flights from Barcelona El Prat in June, will launch flights to Montreal, New York Newark, Guadeloupe and Martinique.

The flights will be operated by staff who currently work for IAG’s French airline OpenSkies which is based at the airport. The OpenSkies brand will cease to operate at the end of next summer and all its staff will operate LEVEL flights.

Willie Walsh, IAG’s chief executive, said: “LEVEL’s Barcelona operation has been an incredible success. Customers love it and LEVEL will be profitable this year. Barcelona was always a first step and today we’re delighted to launch flights from our second European city with four exciting new routes from Paris.

“Like Barcelona, Orly is a Vueling hub which means that customers will be able to fly there from other parts of Europe to connect onto LEVEL. We will also benefit from the local experience and knowledge of the OpenSkies team.”

Flights from Orly to New York will continue to operate under the OpenSkies brand until the end of summer 2018.

In Barcelona, LEVEL will launch a new route to Boston on March 28, 2018. Flights will operate up to three times each week for the summer season. A third A330-200 aircraft will be added to the Barcelona fleet later in the summer providing the opportunity to expand its network further.