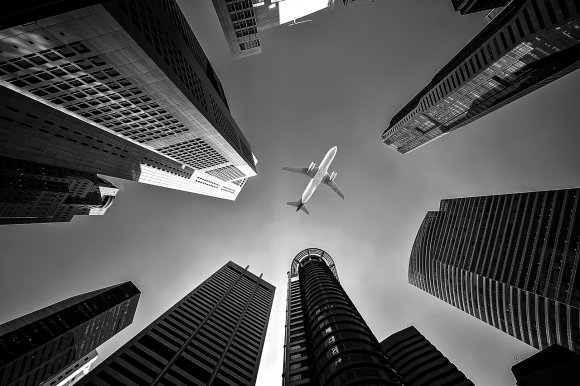 A one-hour flight between the two most populous cities in Brazil is the busiest airline route in the Americas, new research by Routesonline has found.

More than four million people travelled the 378 km between São Paulo Congonhas (CGH) and Rio de Janeiro’s Santos Dumont Airport (SDU) over the past 12 months, putting it comfortably at number one in the rankings.

With an average of 110 flights per day – or one every 13 minutes – the short hop connects São Paulo, the enormous municipality in the southeast region of Brazil, with Rio de Janeiro, the huge seaside city famed for its Copacabana beach and Christ the Redeemer statue.

The route is served by GOL Linhas Aereas, LATAM Airlines Brasil and Avianca Brasil, with the three airlines having a 42 percent, 40 percent and 18 percent capacity share of the market respectively. The average base fare for the journey is $93.

Routesonline’s research used OAG’s Schedules Analyser to identify the top 200 routes in North and South America by capacity from 1 November 2016 to 31 October 2017. The routes were then ranked by passenger figures using data provided by Sabre Airline Solutions over the same time period.

The second busiest in the Americas connects the capital of Mexico with the tourist hotspot of Cancún, known for its white sand Caribbean beaches. Almost 3.7 million passengers travelled the 1,294 km between Mexico City Juarez (MEX) and Cancun (CUN), with the average cost of a ticket $72.

At number three in the rankings is Los Angeles International (LAX) – New York J F Kennedy (JFK). More than 2.8 million passengers travelled between the east and west coast cities, a route largely dominated by American Airlines, JetBlue Airways, Delta Air Lines and Virgin America. The average price of a ticket for the flight was $338, making it the most expensive in the top 20.

Elsewhere in the top 20 the Colombian domestic route of Bogota (BOG) – José María Córdova (MDE), which has an average of 80 flights per day, is the cheapest route at $51.02 per ticket.

The shortest is the 169 km Hawaiian Islands service linking Honolulu (HNL) and Kahului (OGG), with a flight time of just 35 minutes. Los Angeles (LAX) – New York J F Kennedy (JFK) is the furthest in the top 20 at 3,982 km.

The research comes with just two months to go until Routes Americas 2018 takes place, the only aviation route development forum that unites the Americas.

The event will take place in Quito, Ecuador, from 13-15 February 2018, bringing together senior decision makers from the region’s airlines, airports and destinations to discuss new market opportunities and the evolution of existing services.