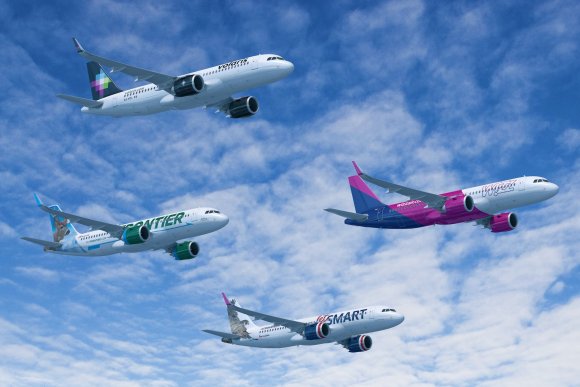 European aircraft giant Airbus closed 2017 with a flurry of deals, ending the year on a positive note amid a period of turmoil.

The purchase agreement followed a Memorandum of Understanding among the parties announced at the Dubai Air Show in November. The 430-aircraft order is made up of 274 A320neos and 156 A321neos worth $49.5bn at list prices.

Viva Air has also signed a purchase agreement with Airbus for 50 A320 Family aircraft, comprising 35 A320neo and 15 A320ceo to be operated by the group’s airlines VivaColombia and Viva Air Peru.

Airbus’ final order tally for 2017 will be published later this month, but the late flourish means the French manufacturer is expected to have beaten expectations.

It comes amid a period of upheaval at the group, with chief operating officer Fabrice Brégier to leave next month and chief executive Tom Enders to depart in 2019.

Arch-rival Boeing, meanwhile, ended the year with flydubai finalising an order for 175 737 MAX aircraft, the largest single-aisle jet order in Middle East history. The agreement includes options for an additional 50 jets and is valued at $27bn at list prices.

flydubai, an all-Boeing operator, first ordered the 737 MAX in 2013 with a purchase of 75 jets. The carrier has taken delivery of five MAX airplanes from that order.