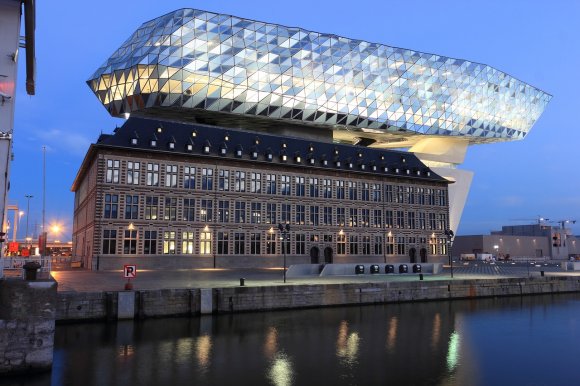 VLM Airlines is reinstating its Antwerp – Birmingham service from 12 February 2018, a route last operated in 2016. There are strong business synergies between these cities for industries including fashion, diamond, automotive and chemicals. The carrier will also be targeting leisure travellers as the likes of Bruges, Ghent and Brussels are easily accessible from Antwerp. VLM currently operates Antwerp - London City Airport and will also fly Antwerp - Zurich from 22 January and Antwerp – Munich – Maribor from 12 February.

Icelandair is resuming Reykjavik – San Francisco from June 2018, a route it last operated during the 2006 summer season. The relaunch of the service is in addition to the introduction of Kansas City and resumption of Baltimore from Keflavik. The airline now offers 23 North American destinations. Flights to San Francisco will depart Keflavik on Tuesdays, Wednesdays, Fridays and Sundays and on return will depart San Francisco on Wednesdays, Thursdays, Saturdays and Mondays. Icelandair will be in direct competition on the route with WOW, which started Reykjavik – San Francisco in June 2016, operated by Airbus A330. Norwegian also flies Oakland - London Gatwick.

Emirates is to resume flights between Dubai and Istanbul’s Sabiha Gokcen Airport, previously served by the airline until July 2016. The resumption of services on the route will allow customers two destination options when travelling Emirates to Istanbul. Together with Emirates’ other service to the Turkish city, the airline will offer 16 flights and more than 6,500 seats per week, catering to both tourism and business traffic. The aircraft also allows for an increase in cargo capacity to Istanbul, with a weekly total of 100 tonnes, and makes Emirates the only airline operating a scheduled service with a wide-body aircraft at Sabiha Gokcen Airport. Flight EK119 will depart Dubai at 10.00 and arrive in Istanbul at 13.45. The return flight EK120 will leave Istanbul at 15.35, and arrive in Dubai at 21.00. The timing means travellers from key inbound markets such as China, Korea, Malaysia, Saudi Arabia and Kuwait will have shorter connection times in Dubai when continuing onwards to Istanbul.