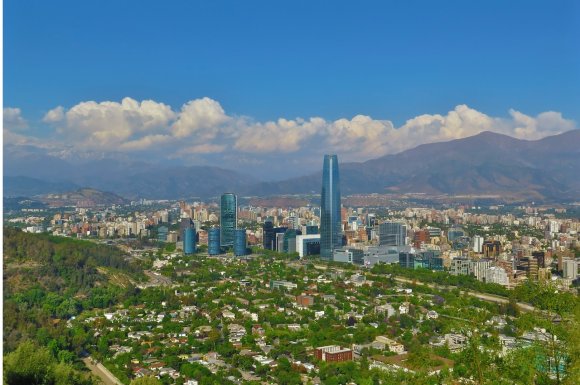 Emirates will launch a five times a week service from Dubai to Santiago International Airport (SCL) in Chile, via the Brazilian city of Sao Paulo from July. The new service will see Emirates fly an additional five times a week to Sao Paulo, complementing the airline’s existing daily A380 flight between Dubai and the city. The start of Emirates operations to Chile means the airline will now fly to four destinations in South America - it already serves Rio De Janeiro and Buenos Aires in addition to Sao Paulo. Santiago is the largest city of Chile, accounting for nearly half of the nation’s GDP. Tourism in Chile has enjoyed a sustained growth over the last few years with 5.6 million international visitors visiting the country in 2016, compared to 4.43 million in 2015.

Ethiopian Airlines will operate Addis Ababa – Chicago O’Hare three times a week from June, with the westbound service via a stop in Dublin. The carrier already flies to three destinations in the US - Washington DC, New York, and Los Angeles - as well as Toronto in Canada. The addition of Chicago O’Hare is a logical next step - as a Star Alliance hub it will allow the carrier to easily codeshare and connect passengers from United and Air Canada's domestic networks.

Newcastle is one of Adelaide's largest unserved markets. It is Australia’s second largest regional city with many similarities to Adelaide, the host city for World Routes in 2019, including its defence focus and proximity to the Hunter Valley wine region. It also provides an alternative for passengers wanting to travel to and from the Central Coast, Hunter and North Coast regions without having to land in Sydney and find other transport options to get to Newcastle.