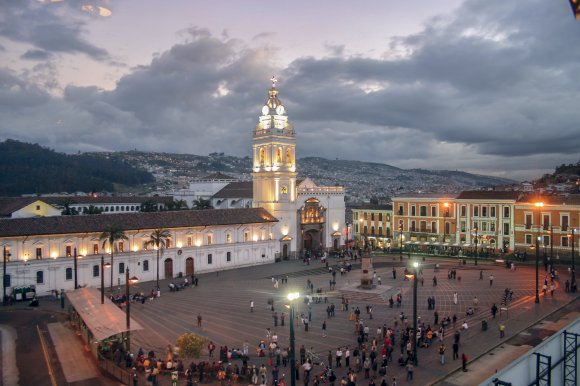 Speaking in a panel session at Routes Americas 2018 discussing the sector's future in the region, Corporacion Quiport commercial director Carlos Criado said LCCs account for up to 52 percent of passengers in Brazil, 29 percent in Chile, 16 percent in Uruguay and 9 percent in Colombia.

However, in Ecuador they account for less than 2 percent he said, adding: "This is a clear opportunity for us to try to develop the (low cost) long haul market. They are looking for any kind of passenger and are looking for subsidies to stimulate the market."

Aerodom Siglo XXI/Vinci Airports chief commercial officer Alvaro Leite said part of the problem in LCC development in South America is down to the fact that legacy airlines in the region remain protective of their business.

However he believed market forces could still shake things up, adding: "In South America traditionally the only people who can afford to fly are rich. It is not acceptable that you need to pay 500 bucks to go away for the weekend."

VivaAerobus vice president network planning, revenue management and e-commerce Javier Suaraz agreed LCC penetration remains limited in the market. But he argued that while the market for the flights remains relatively small, it is not worth investors launching a new LCC.

He said: "If you can only have ten or 15 aircraft then the investment is probably not worth it."

Instead, Suarez said his airline was focusing on the Mexican market where it now has a 20 percent market share. He said this had been helped by a 29 percent increase in passengers in 2017 and the airline was hoping to achieve a similar figure this year.

"What should happen in Quito or Ecuador to stimulate the entrance of the LCCs is to open the domestic market."

Leite added getting more LCCs to start operating in Ecuador would benefit the country as a whole.

He said: "It is important that everyone understands that this phenomenon is not just bringing passengers to the country, it is bringing money to the country and it is creating jobs."