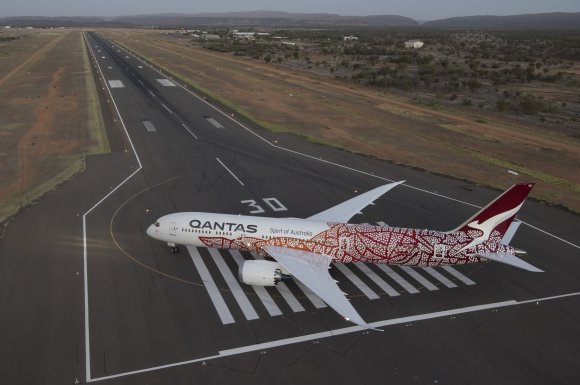 When Qantas created the Kangaroo Route between London and Australia in 1947, it took four days and nine stops. From 25 March 2018, it will take just 17 hours from Perth non-stop.

The route will become the first non-stop passenger service to directly link UK - and Europe - with Australia, replacing the airline’s existing Melbourne-Dubai-London service.

At 14,498km, it will also become the second longest flight in the world.

Speaking at Routes Asia 2018 in Brisbane, Australia’s assistant minister for trade, tourism and investment Mark Coulton said the route was a landmark for air services to the country.

“The development of ultra-long aircraft is a game-changer,” he said. “It will open up numerous opportunities going forward as the convenience and appeal of a non-stop flight cannot be underestimated.

“A 25-hour flight with a break in the middle is obviously less desirable than going non-stop.”

Coulton said that Australia is enjoying record tourism growth with 8.81 million international tourists spending AS$41.3bn during the past year and new air services, such as the London-Perth route, will further strengthen the country’s economy.

Lyle Brownscombe, senior manager network strategy at Qantas, agreed that technology will play a key part in shaping the Australian flag carrier’s network in the future.

“Probably the biggest change in our strategy is with the Perth-London route - that’s a big step and it’s because technology is only just enabling us to do that,” he said.

“It will connect two really big markets with a non-stop service - we think this is the start of a new frontier of really interesting opportunities.

“When you look at big unserved markets, they are all really long distances.”

Brownscombe said he hoped Project Sunrise - Qantas’ challenge to Airbus and Boeing to develop an aircraft capable of operating non-stop flights from Sydney to London and New York - would become a reality by mid-2020s.

Conrad Clifford, the regional vice-president for Asia-Pacific at the International Air Transport Association (IATA), added that advances in aircraft technology will open up further ultra-long-haul routes in the coming years.

“The Perth-London non-stop that Qantas is introducing is really interesting,” he said. “It highlights how advances in technology can make long-haul city pairs viable.

“Thanks to new fuel-efficient aircraft, it means the whole long-haul story has a new chapter ahead of it. You can potentially put together two long-haul secondary airports and make the route work.”