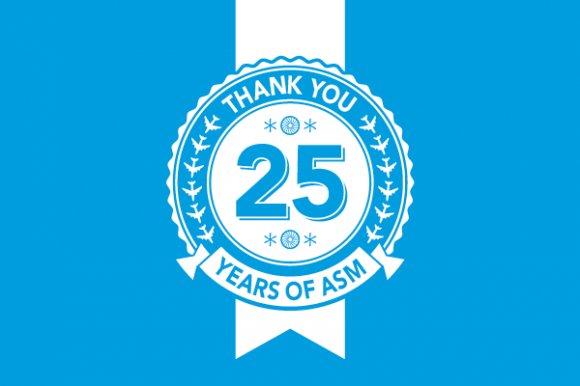 ASM have proudly worked with airports, airlines, tourism authorities and governments in the development of new routes since 1993.

We would like to thank everyone who has worked with ASM over the last 25 years. Your support has enabled us to assist in the introduction of new routes and the delivery of training courses around the globe as well as taking part in over 75 Routes events.

We are privileged to have been the first consultancy solely dedicated to route development, and feel honoured to have supported the growth of the aviation community over the last 25 years. In the build up to Routes Europe, we will be celebrating 25 milestone moments from the last quarter century of aviation.

Routes Europe will mark the 25th Anniversary of ASM, and with your help, we plan to celebrate our birthday in style, come and visit us at our stand in Bilbao. To discuss the future of the aviation industry, visit the ASM website or email enquiries@asm-global.com.