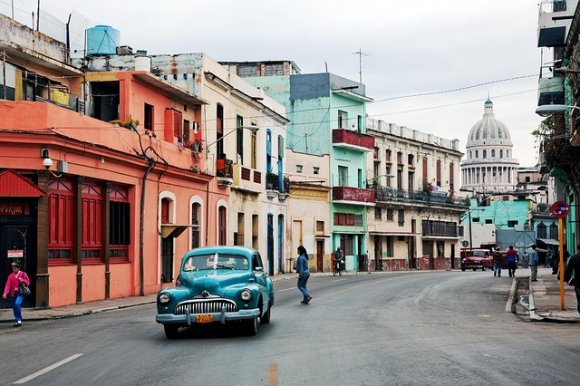 IndiGo has announced the launch of an international service from Thiruvananthapuram to Muscat. A daily service, this flight will be operated using an A320 from 25th March 2018.

The new route is a result of IndiGo’s continued efforts at overseas market penetration, a strategy spurred on by the carrier’s allocation of capacity: for 2018, the airline has scheduled an additional 653,580 seats to fly between its Indian bases and international destinations (+39% on the year previous).

MCT will be IndiGo’s third overseas service from TRV, and a route on which it will have to compete (for market share) against full-service carriers Air India, Jet Airways and Oman Air (whose respective passenger shares account for 40%, 46% and 14% of the total direct market). IndiGo will capitalise on the characteristics of Muscat (a diving destination) by appealing to the sensibilities of leisure travellers and drawing them onto their no-frills service through air fares that undercut those of its rivals.

American Airlines will start a non-stop service between Philadelphia and Mexico City. Due to commence on the 5th July 2018, the route will be operated using an A319, daily. The PHL – MEX service will be an American Airline’s monopoly, with no other carriers flying directly between the city pair.

The expansion of its international network will enable the Oneworld alliance member to connect more passengers through the Latin American gateway of Mexico City and vice versa; in the first week of operation, the American Airlines flight will facilitate the connection of passengers (through MEX) onto destinations in MTY, UIO and TIJ.

Eurowings has announced the launch of a once weekly service from Dusseldorf to Havana, flown by SunExpress Germany - with an A330- from 1st November 2018. The airline will expect to perform well on the route, based on the performance of its previous operator (Air Berlin) who achieved load factors of over 94%, in 2017.

However, the capacity scheduled for 2018 (as indicated by GDS databases) might not meet demand, as indicated by 2017 passenger traffic figures. As a result, it is possible that other carriers might enter into the market and attempt to capture a share of the remaining traffic.