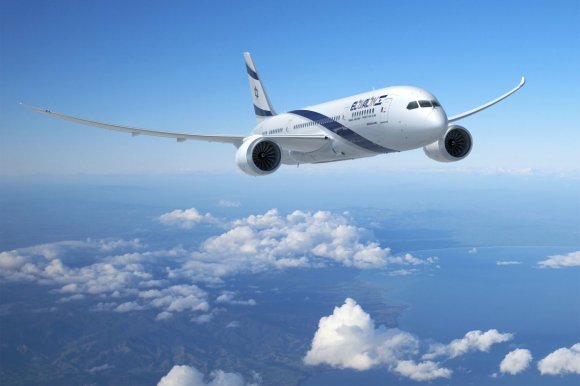 This year, both Israel and El Al Airlines have their 70th anniversaries. El Al plans to celebrate, but it also finds itself at a crossroads. Over his four years at the helm, former chief executive David Maimon ordered 16 Boeing 787 Dreamliners, created a solid network expansion, cut costs and developed its ground-services operations, thereby lifting its share price 200 percent.

However, over the past year, that price has fallen by more than 50 percent thanks in part to Israel’s open skies policy bringing competition from other carriers. Now Maimon has stepped down and new CEO, Gonen Usishkin, takes up the challenge of continuing El Al’s modernisation in the face of stiff competition.

Oranit Beithalahmy, managing director North Europe and Africa, says there are two main areas of focus: further network expansion and fleet renewal – in particular, how to utilise the new Dreamliners on long-haul routes.

For 2017-18, that has meant introducing new destinations in North America. Already flying to Boston, Los Angeles, New York (JFK and Newark airports) and Toronto, the carrier restarted flights to Miami last November, serviced three times a week with a 777, after a nine-year absence. This November, it will start Dreamliner flights to San Francisco – again, three times a week, driven by the passenger traffic between Silicon Valley and Israel’s high-tech industries.

Looking out towards the East

As well as North America, El Al is also keen to grow within Asia-Pacific, beyond its current destinations of Beijing, Bombay and Hong Kong. “China is obviously an important market,” Beithalahmy adds, “and there’s also a big demand from the Israeli corporate market for us to fl y to Japan. For the moment though, we will wait to see how this focus on North America works before expanding elsewhere.”

Instead, El Al is growing its network through codeshares and interline agreements with other airlines, including Air China, Thai Airways and jetBlue. The most recent have been with Aerolineas Argentinas to Buenos Aires via Madrid and Barcelona; AeroMexico to Mexico City via Madrid, Miami, New York and Paris; Qantas to Sydney, Melbourne, Brisbane via Hong Kong, Bangkok and Johannesburg; and TAP Portugal to Lisbon and throughout Europe.

“While we do want to be part of one, unfortunately, we are not part of any alliance,” said Beithalahmy. “There are many reasons why not, but the codeshares are doing well instead.”

The agreement with Qantas is also working well, she adds, which will see El Al increasing its frequency to Johannesburg up to five times a week later this year with Sun D’Or, the airline’s charter operator. Sun D’Or will see specific network expansion, with new year-round routes to Kraków, Odessa and Tbilisi and seasonal ones to Ibiza, Lisbon, Malaga, Naples, Nice, Porto, Sardinia and Valencia.

Nonetheless, Beithalahmy is optimistic that overall numbers are increasing, thanks to an increased interest in tourism to Israel – up 13 percent last year – and the Israelis’ own high rate of foreign travel.

“Everyone’s flying to and from Tel Aviv, which is great,” she says, “but it does mean we need to be alert to competition. So, we’re trying to adapt our routes to those that will bring tourists to Israel. The majority of our passengers are Israelis, so it’s important to make sure it’s of interest to them.”

El Al’s problem, though, remains the country’s unique geopolitical situation. “Israel is like an island,” says Beithalahmy. “We are surrounded by Arab countries, and we don’t have peace agreements with all of them. We can go to Egypt and Jordan – that’s it.

“We know the other Middle Eastern carriers are playing a different game and have different markets, so we have to accept our restrictions. That means we have to focus on the Israeli and local markets. Still, Israelis are eager travellers, so there’s still a lot of potential.”

This means that when considering new destinations, the airline has to focus almost exclusively on whether they will be of interest to Israelis.

“When we’re thinking about whether to fly to an airport, the main consideration is slots, but specifically slots that match our needs as a non-local airline,” she explains. “That is, being able to land at a specific time and still having a good departure time. There is also the ability to expand, which at Heathrow we know is not realistic right now, but maybe in the future.”

El Al’s other focus, fleet renewal, involves retiring older aircraft, such as the 747, and replacing them with Dreamliners. Those it cannot immediately replace, it has refurbished by installing fully flat seat beds in the premium classes and slimline seats in economy. Last June, the airline suffered the embarrassment of being outed by London Heathrow as being the noisiest and dirtiest airline flying from the airport. It ranked 50 out of 50 behind airlines such as Kuwait Airways, Middle East Airlines and Pakistan International Airlines.

“Dropping from 18 to just under six years old is a dramatic change,” says Beithalahmy, “but means phasing out some of our older friends, such as the 747 and 767. For long-haul flights we have competition with very respected airlines, so we have to keep up the pace of renewal.

“The aim is to have most long-haul flights use Dreamliners, but we will still have to use the 777s where necessary. We understand that they are not the newest, but they are still [better than] the 747s and 767s, so we will continue to invest in them as part of our strategy to renew the fleet.”

Even so, for an airline of El Al’s scale and position, an order of 16 Dreamliners is ambitious. “El Al is a small airline, but we are Israelis, so we think we are the centre of the world,” jokes Beithalahmy.

“We had to be realistic, though. We needed to make a lot of changes in terms of the product and customer experience. Ordering 16 Dreamliners was a huge financial commitment, but it was also a commitment to offer our passengers a product other airlines are already offering theirs.”

El Al’s first Dreamliner flew to London in September and remains on the route. The second is operating to Hong Kong and New York, and another five will be flying by the end of 2018 with the total order delivered by March 2020. Clearly, El Al is determined to punch above its weight and is trying to fix its shortcomings.

In the meantime, Beithalahmy sees its size and situation as a benefit. “We may be small, but we’re also flexible, so we’re able to adapt and add additional capacity according to the need of the market,” she says.