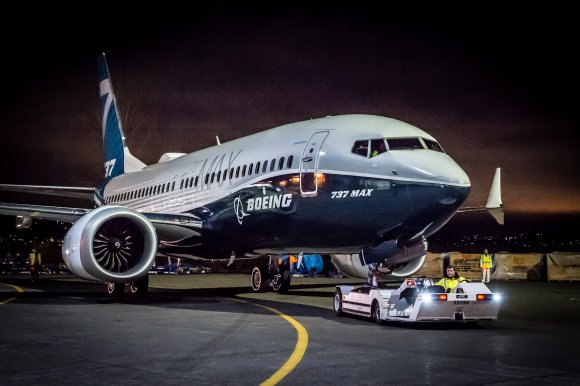 India’s Jet Airways has agreed to buy 75 Boeing 737 MAX jets to help it meet the huge demand for domestic and international flights. The carrier placed its first order for 75 MAX airplanes in 2015, with delivery of the first of these expected later this year.

Vinay Dube, chief executive of Jet Airway, said: "This additional order reemphasises our trust and confidence in Boeing and also reaffirms our commitment to operate extremely modern, reliable and fuel efficient aircraft as part of our fleet.

"Jet Airways' partnership with Boeing goes back 25 years ever since the airline was conceived and took to the skies. This order underscores Jet Airways' commitment to the growth and sustainability of the Indian aviation market"

In 2017, Boeing estimated that India will take deliveries of 2,100 new planes by 2036, saying it is the highest-ever forecast for Asia's third-largest economy. The country’s share will account for more than 5.1 percent of the total global demand of 41,030 aircraft.

The plane maker said it expected single-aisle planes, such as the next generation 737 and 737 Max, to account for the bulk of the new aircraft deliveries over the next two decades, with India likely to take 1,780 such aircraft.

India's regional connectivity scheme, known as UDAN, is expected to drive further domestic growth in years to come. The programme aims to increase air travel among its working and middle classes by subsidising flights to underserved regional cities.