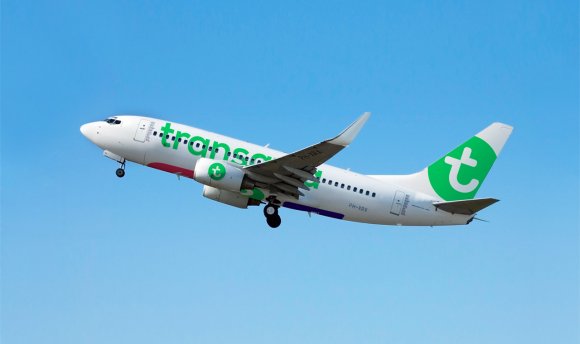 The airline, part of the Air France-KLM group, will fly from Amsterdam Airport Schiphol to Eilat in Israel twice weekly during the winter 2018/19 season, as well as operating a twice weekly service to Beirut in Lebanon.

From Eindhoven Airport it will fly four times a week to Krakow in Poland, while from Rotterdam The Hague Airport Transavia will fly to Nador in Morocco. Nador was already a charter destination, but it will soon be directly bookable as a regular service.

The addition of the four routes means the carrier will fly to 70 destinations this winter. Overall capacity will increase by 123,000, compared with winter 2017/18, with most of the additional seats from Schiphol and Eindhoven.

The airline started flights to Israel in 2013 and currently operates flights between Tel Aviv Ben Gurion to Amsterdam, Eindhoven and Paris, and from Ovda to Paris Orly.

The Amsterdam-Eilat service will be twice weekly on Wednesdays and Saturdays from 3 November 2018.

“We are delighted to announce this new route between Eilat and Amsterdam,” said Oliver Newton, head of network planning at Transavia.

“Given our success and popularity in Israel, and the increase in tourism from The Netherlands in the past few years we are sure that this route will very popular, and we will be able to offer a very affordable ticket price.”