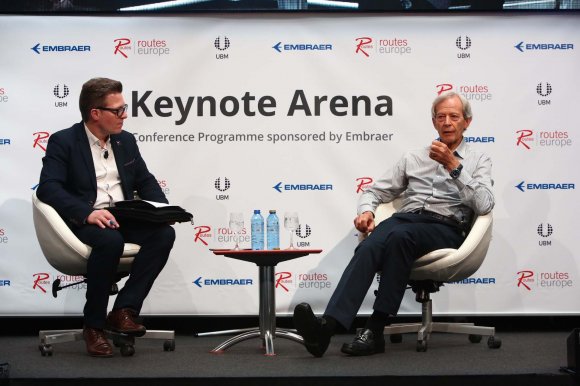 Speaking at Routes Europe 2018 in Bilbao, Ray Webster, who spent a decade at the airline having joined in 1996, said most passengers require more comfort for such a long flight.

He added that the failure to use the largest aircraft available also means the LCCs are not getting the optimum efficiencies of scale.

Webster said: "I'm really not a fan of it. I can see the opportunity and good luck to the carriers but I don't see it coming to the mainstream market.

"If you travel long-haul for six or eight hours you want some comfort. For young people and students that will be fine but in terms of the mass market I don't see it having a broad base.

"Operating the large aircraft for long haul is much more efficient than a small aircraft. If you're operating a small aircraft across the Atlantic for example and if you are in a low cost business then you're not going to fill an A380 or a 787."