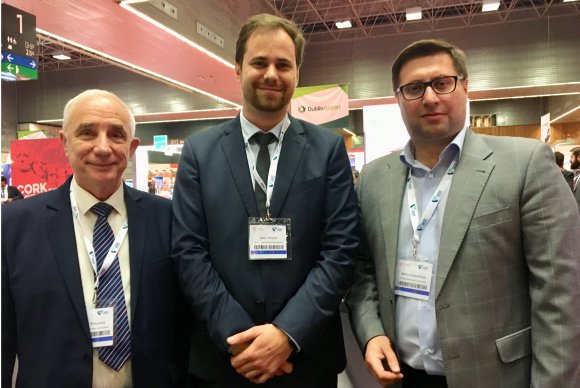 A delegation from Zaporizhzhia International Airport in south east Ukraine have told Routesonline about their ambitious development plans to rebuild its aging runway and open a new $20m terminal next year as the airport celebrates its 75th anniversary.

“The new terminal is central to our strategy of building a modern, hi-tech airport to increase investment and attract more people to the region,” said Oleksiy Dubrevskyy, chief commercial officer at Zaporizhzhia International Airport.

In addition, the airport’s 63-year-old runway is to be replaced, with designs already in production for a modern category two runway, with improved lighting and navigation systems and running 3km long and 45m wide. Construction is due to start towards the middle of next year at a further cost of up to $45m, funded locally by the city without state support.

The airport modernisation follows huge growth at Zaporizhzhia which has seen passengers increase from 75,000 in 2014 to 350,000 in 2017 fuelled by economic liberalisation and competition.

Sergii Mishok, first deputy mayor of Zaporizhzhia City Council, described the airport as the ‘gateway’ to the former Soviet Union country’s industrial region and hoped the expansion would benefit tourism in the area, with the famous Khortytsia Island and historic national park along the River Dnieper among its attractions.

“It will help us appear on the radar of airlines and find partners for the future,” he said. “Our main goal is to talk to airlines, start the conversation.”

With up to ten face-to-face meetings scheduled with airlines, the Zaporizhzhia delegation is also hoping to meet with fellow airports to collaborate on route development, aiming to attract business from Europe and the Middle East.