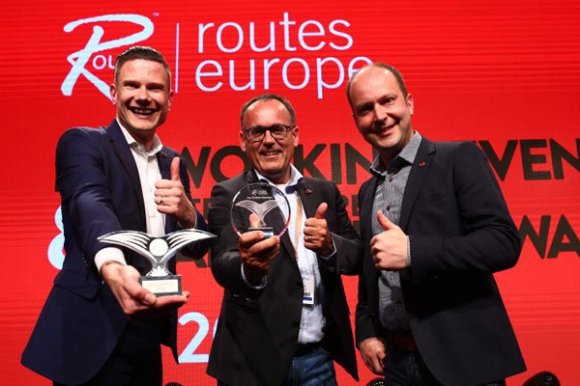 The annual Routes Europe Marketing Awards are highly regarded in the aviation industry because they are voted for by airline network planners. They recognise the outstanding marketing services that have supported the launch of new air routes or the development of existing services.

Brussels Airport is widely recognised as a leader in aviation development. The airport operates in the most competitive region in Europe, with Amsterdam Airport Schiphol, Paris-Charles De Gaulle and Frankfurt Airport easily accessible by high-speed rail networks and motorways. Despite this, overall passenger traffic grew by more than 14% in 2017, with Cathay Pacific, WOW Air and Georgian Airways joining the 66 passenger airlines that currently serve the hub.

Brussels Airport adopts a ‘have seats’ (route development), ‘will travel’ (market development) strategy to support their airline partners in delivering profitable and sustainable routes. Marketing partnerships with regional tourism boards, as well as a new destination and passenger growth incentive scheme, have helped to deliver twenty new cities, including Mumbai, Shanghai, Hong Kong and Shenzhen, to the airport’s rapidly expanding route network over the past twelve months.

In the recently published ‘Brussels Airport Vision 2040’, a number of impressive infrastructure projects were highlighted that will enable the airport to exceed the 40 million passenger mark by 2040.

Leon Verhallen, Brussels Airport’s head of aviation development, said: “We had not been nominated for two years in a row, so we are absolutely delighted to win this award and be recognised by our European clients. I work with a fantastic team and key to our success has been how we work with our existing airline partners, in addition to the new carriers we are looking to attract. It is a fantastic achievement by the team and we are now looking forward to building on this success and representing Europe at World Routes 2018 in Guangzhou.”

As overall winner of tonight’s awards, Brussels Airport will be automatically shortlisted for the World Routes Marketing Awards in Guangzhou on 17 September 2018.

The full list of highly commended and winning organisations: