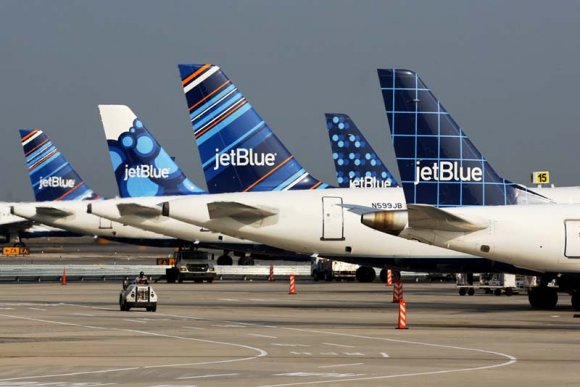 JetBlue has unveiled a series of network changes designed to “better meet the needs of coast-to-coast travellers facing limited competition”.

The carrier is planning to alter its services to the Los Angeles area by resuming flights from Ontario International after a decade, increasing flights at Burbank and expanding seasonal service to Palm Springs, with the addition of premium Mint service during the holidays.

However, JetBlue is cutting back its service at Long Beach Airport from 35 to up to 23 daily flights. The move comes just months after the city council rejected a plan to build facilities aimed at adding international flights.

Elsewhere, the airline is launching services from Steamboat Springs, Colorado and Bozeman, Montana.

“We continue to focus on leveraging the popularity of our transcon service, which is producing excellent results for our business,” said Marty St. George, executive vice president, commercial and planning at JetBlue.

“As we advance our West Coast strategy, we are bringing more flying options that our customers want and are growing our brand in hot new destinations that are thrilled to have JetBlue as a new option for travel.”

Ontario International - Ontario will become the tenth airport served in California by JetBlue. The carrier previously served Ontario between 2000 and 2008, but has been absent for the past ten years.

On 5 September it will launch non-stop flights between ONT and New York’s John F. Kennedy, becoming the only airline to offer non-stop service to the East Coast from Ontario.

"The question we get most often is ‘when might JetBlue come to Ontario?’ So we are thrilled to say that that day has come," said Alan D. Wapner, president, Ontario International Airport Authority. "JetBlue's confidence in ONT as a gateway airport able to provide first-rate facilities and services is well-placed.”

Long Beach - Although the carrier is adding Steamboat Springs and Bozeman flights from Long Beach, as well as a second daily flight to Boston from 5 September, JetBlue is reducing frequencies on other routes from the airport.

The following routes are affected:

“Revising our schedule allows us to offer customers new destinations, capitalise on our leadership position in transcontinental flying and advance our margin commitments in Long Beach where certain flying constraints have created challenges,” said St. George.

Burbank - JetBlue has operated from Hollywood Burbank Airport since 2005 and will add a daily service to Boston from 5 September. In addition, it will add a second daily New York-JFK flight on the same date.

Palm Springs - JetBlue is returning to Palm Springs for its fourth season and adding its premium Mint service during the peak December and January travel days. Flights between Palm Springs International and New York-JFK will resume on 10 October, initially four times per week but rising to daily from mid-December.

The airline said capacity is expected to increase between 5 percent and 7 percent year-on-year in the second quarter of 2018.