“At the right price, anything is for sale,” Norwegian’s chief executive Bjørn Kjos told reporters this week following the company’s annual general meeting.

He was speaking just days after the low-cost airline’s board confirmed that two takeover offers made by British Airways owner International Airlines Group (IAG) had been rebuffed, saying the bids undervalued the business and its future prospects.

The offers followed IAG’s acquisition in April of a 4.61 percent stake in loss-making Norwegian, with a view to opening talks about a deal.

While Kjos this week affirmed that the airline was still “planting the seeds” for further growth, he admitted that several other parties had expressed an interest and an offer could be accepted if the bid is high enough. The carrier said the interest “confirms the sustainability of the business model”.

In Europe, the carrier’s Scandinavian bases at Oslo Gardermoen, Stockholm Arlanda and Copenhagen Kastrup have grown strongly over the past five years. Capacity has increased by 29 percent, 51 percent and 46 percent respectively from 2012 to 2017, with the three collectively now accounting for more than 15 million of Norwegian’s 40.2 million available departure seats last year.

At London Gatwick this summer, Norwegian will have 1.9 million available departure seats, placing it as the airport’s third largest carrier behind British Airways (2.8 million) and easyJet (6.9 million). Norwegian has now moved up to eighth in terms of capacity share in Europe and in 2017 accounted for 3.2 percent of the market, up from 2.12 percent five year earlier. 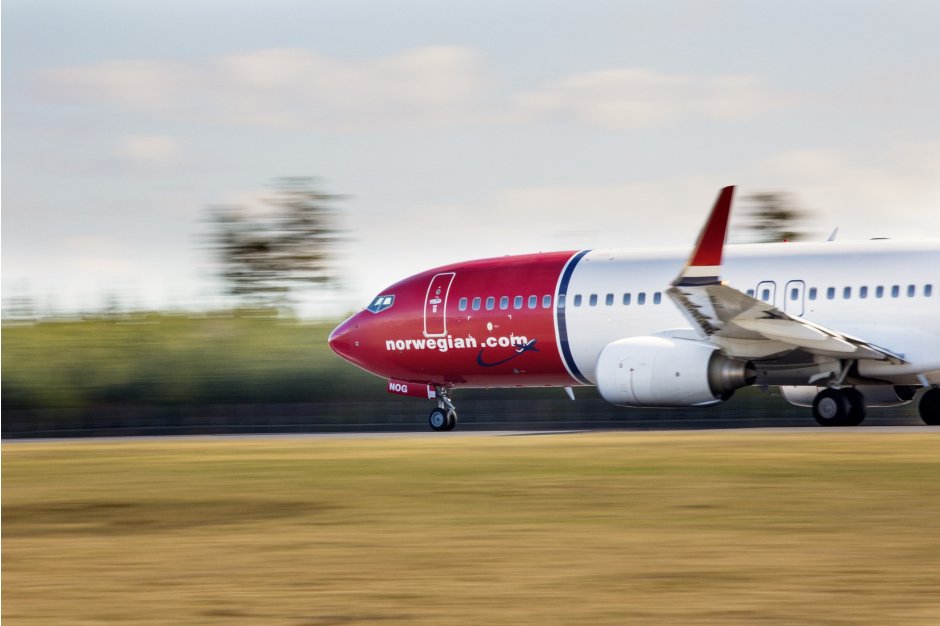 However, the carrier’s pioneering long-haul low-cost routes have attracted the most attention. Norwegian entered the market in 2013 with Boeing 787-8 operations and has since added narrow-body services with 737MAX-8 aircraft.

Its strategy has been to fly point-to-point transatlantic routes where there is little or no competition, connecting secondary cities - particularly in the US - and penetrating against a hub. In response, IAG launched budget brand LEVEL from Barcelona in summer 2017 using aircraft and crews sourced on wet lease from Spanish airline Iberia.

From July this year LEVEL will begin operating from Paris Orly, replacing the group’s OpenSkies division. It will initially fly from Paris to Montreal and Pointe-à-Pitre, before adding Fort de France and New York Newark in September 2018.

But growing the carrier organically will be difficult, meaning the purchase of Norwegian would give it immediate scale in the long-haul low-cost market. It would also significantly expand IAG’s European short-haul network, especially after missing out on a deal to buy Austrian leisure airline NIKI.

Routesonline’s analysis of OAG Schedules Analyser data shows Norwegian operates 508 routes in total and has direct competition from IAG’s subsidiaries on 60 of them. Of these, ten are transatlantic routes.

While there is competition in the networks of Norwegian and IAG’s subsidiaries (except for Aer Lingus), 448 of Norwegian’s routes have no direct overlap. A total of 42 of these are long-haul transatlantic routes from 13 US airports, plus one from Buenos Aires in Argentina.

In capacity terms, Norwegian has 28.9 million available seats in summer 2018 across its entire network. Analysis of OAG Schedules Analyser data shows that it faces direct competition with IAG’s subsidiaries on 7.9 million of these, or 27 percent of its total capacity. 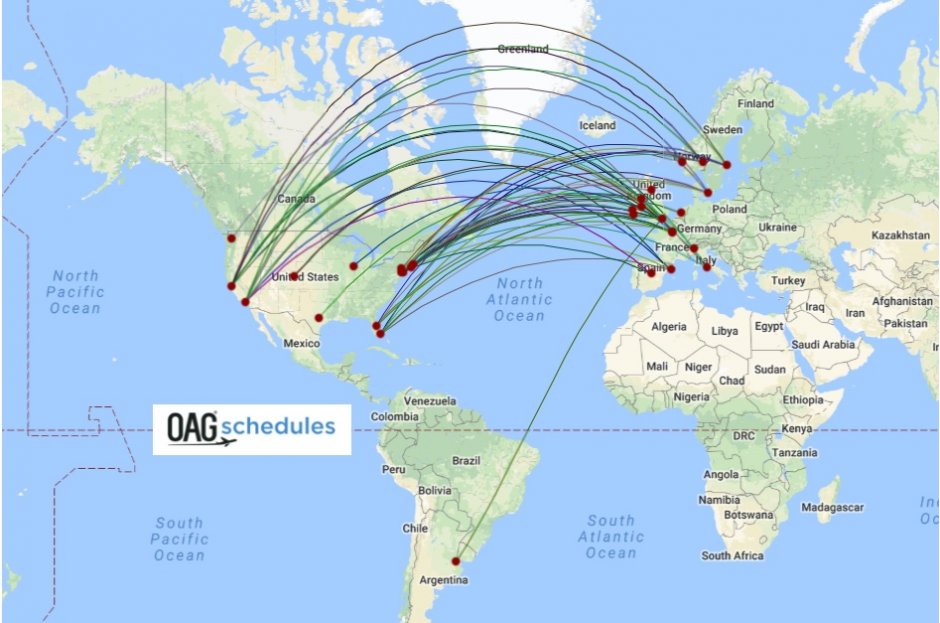