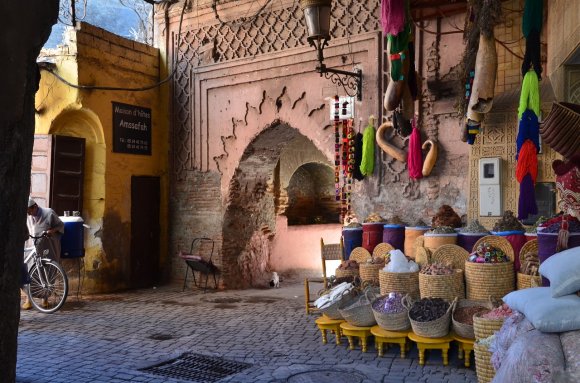 British Airways will this winter resume a London Heathrow – Marrakech service, last served until October 2012 on scheduled regular basis. The airline will operate the route four times weekly on Thursday, Fridays, Saturdays and Sundays. BA already flies from Gatwick to Marrakech eight times a week and has competition on the route from Air Arabia Maroc, easyJet and TUI Airways. In addition, Ryanair flies to Marrakech from London Luton and London Stansted. However, BA will be the only operator on Heathrow – Marrakech.

Indian carrier Jet Airways is to open a four-times-a-week service between Manchester and Mumbai in November. The airline will fly on Monday, Thursday, Saturday and Sunday, offering 254 seats on a two-class Airbus A330-200, including 18 in the airline’s Premiere cabin. Jet Airways already flies to Mumbai three times a day from Heathrow and will offer onward connections to 44 domestic routes at its hub, plus international routes including Bangkok and Hong Kong. There are an estimated 500,000 people in north west England of Indian origin, but the 130,000 people travelling between Manchester and Mumbai currently have to travel indirectly.