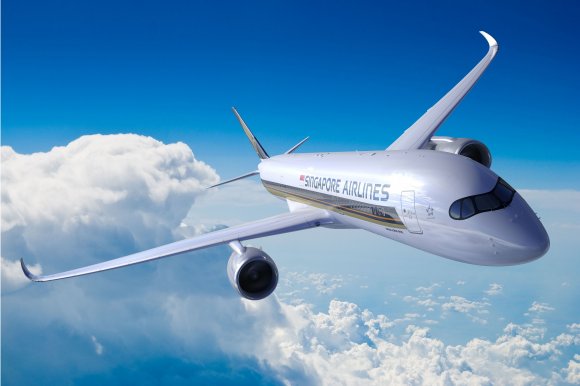 Singapore Airlines is to launch the world’s longest commercial flight in October when it resumes non-stop services between Singapore and New York.

The airline has opened reservation for the route to Newark Liberty International Airport using the new Airbus A350-900ULR. Flights are to be launched on 11 October 2018 and the route will initially be served three times a week, departing Singapore on Monday, Thursday and Saturday.

Daily operations will commence from 18 October after an additional A350-900ULR aircraft enters service.

SIA is the world’s first customer for the new A350-900ULR, with seven on firm order with Airbus. The aircraft will be configured in a two-class layout, with 67 Business Class seats and 94 Premium Economy Class seats.

Flights will cover a distance of approximately 9,000nm (16,700 km), and travelling time will be up to 18hrs 45min. Singapore Airlines served the Singapore-Newark route until 2013, when services were suspended after the aircraft used at the time, Airbus A340-500s, were returned to Airbus.

“Singapore Airlines has always taken pride in pushing the boundaries to provide the best possible travel convenience for our customers, and we are pleased to be leading the way with these new non-stop flights using the latest-technology, ultra-long-range Airbus A350-900ULR,” said Singapore Airlines’ chief executive Goh Choon Phong.

“The flights will offer our customers the fastest way to travel between the two cities – in great comfort, together with Singapore Airlines’ legendary service - and will help boost connectivity to and through the Singapore hub.”

Singapore Airlines currently has 21 A350-900s in its fleet, with 46 more on order including seven of the ULR variant. The first A350-900ULR is due for delivery in September, with all seven due for delivery by the end of the year.

Singapore Airlines currently serves New York JFK, daily via Frankfurt. Other US destinations include Houston (five times weekly via Manchester), Los Angeles (daily via Seoul and daily via Tokyo), and San Francisco (daily non-stop from Singapore as well as daily via Hong Kong).

Non-stop Singapore-Los Angeles flights are also planned with the A350-900ULR, details of which will be announced at a later date.

Map of the world's longest non-stop commercial flights (as of May 2018): 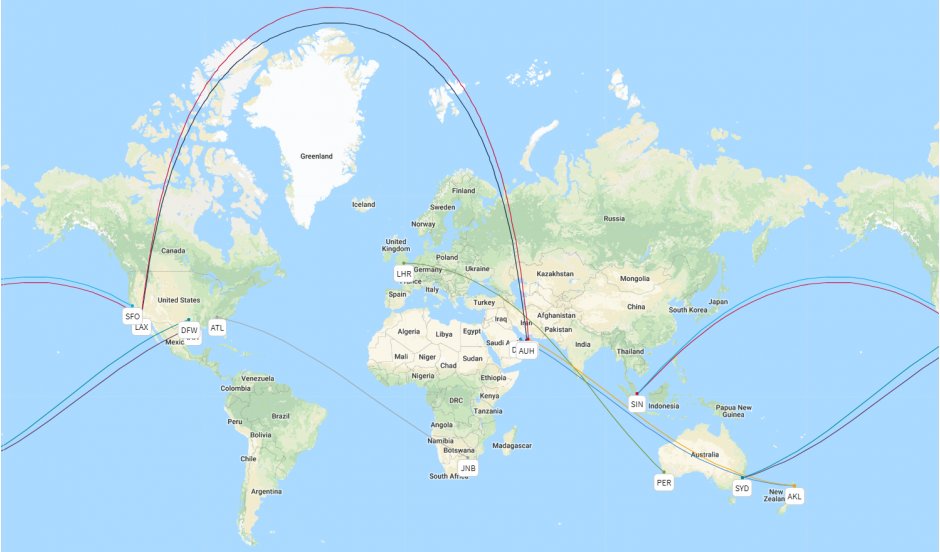