ForwardKeys, which predicts future travel patterns by analysing 17 million booking transactions a day, has published a ranking of the top 50 countries most gripped by World Cup fever.

The ranking is based on the uplift in visitor arrivals to Russia from 4 June to 15 July when World Cup ticket holders do not need a visa to enter the country.

The nation at the top of the list, with the greatest number of additional visitors, is the US. It is followed by Brazil, Spain, Argentina, South Korea, Mexico, China, the UK, Germany and Egypt.

This result may seem surprising because the US has not qualified for the finals but interest in the sport has grown strongly since the 1994 World Cup when it was the host nation.

Consequently, there will be nearly twice as many Americans in Russia during the World Cup as Brazilians.

ForwardKeys believes that the reasons for the US’s high placing also include the fact that it's the largest outbound travel market in the world and that it has a sizable Latin segment in its population. 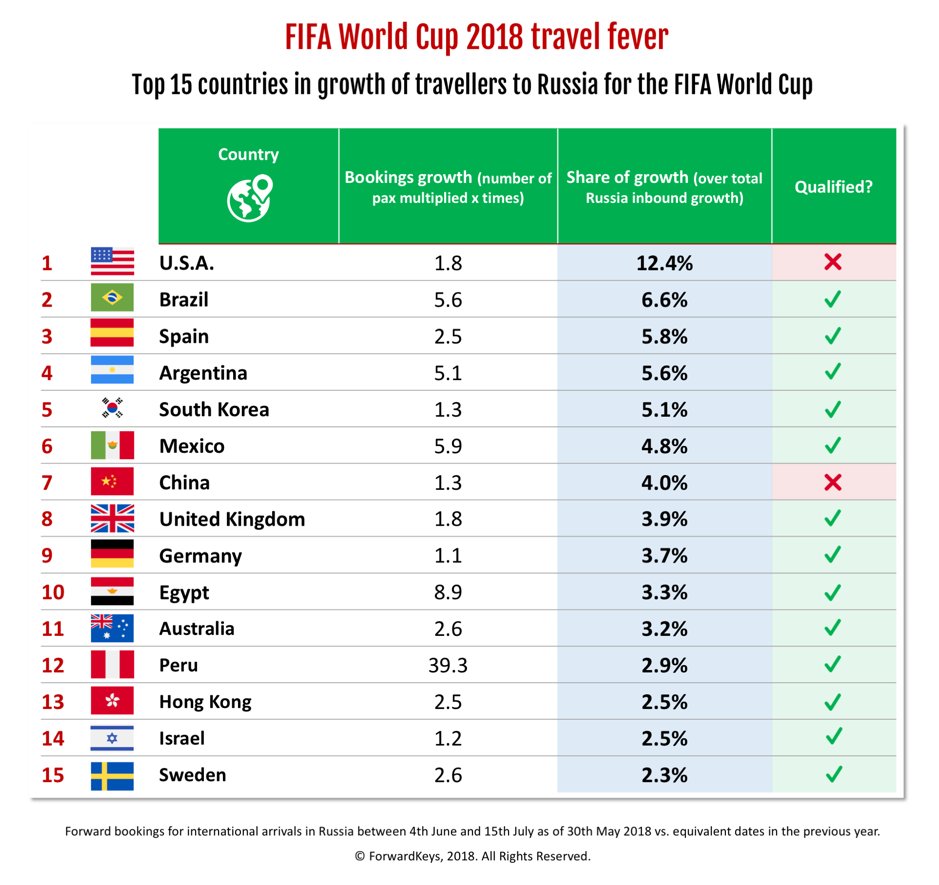 However, ForwardKeys also looked at an alternative method of ranking countries, instead benchmarking them against the number of visitors that came to Russia during the equivalent period last year. On that method of analysis, Paraguay tops the list with over 52 times as many Paraguayans coming to Russia for the World Cup as visited in 2017. It is followed, in order by Peru, which last qualified for the finals in 1982, Panama, Nigeria, Tunisia, Bangladesh, Saudi Arabia, Egypt, Colombia and Morocco. 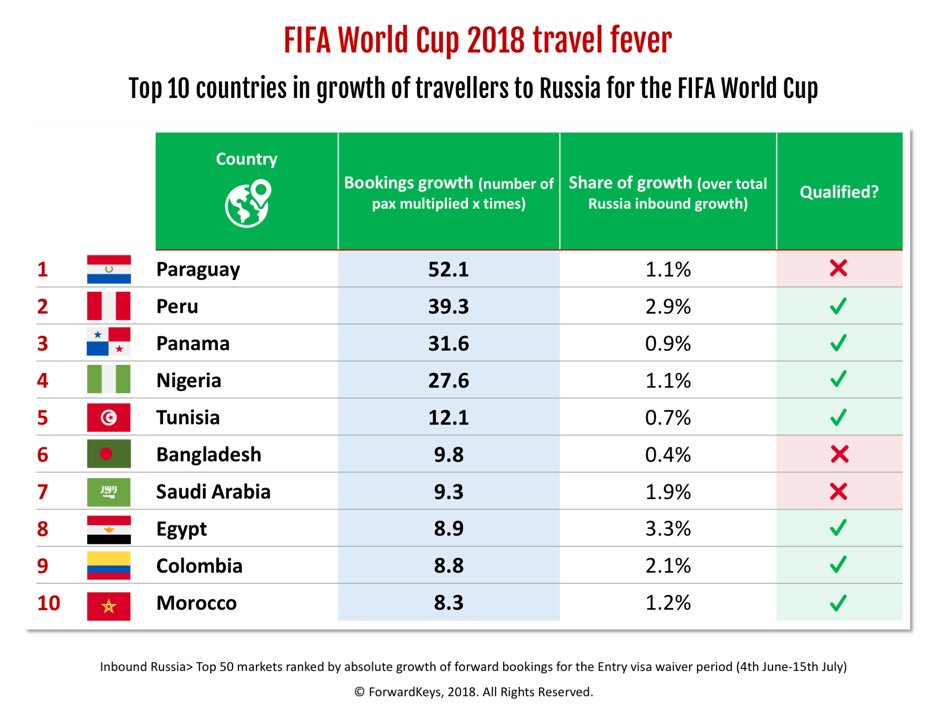 One notable absentee from the top 50 list is Belgium. The country has qualified for the World Cup but it is not showing up in either of the analyses. ForwardKeys’ explanation is the collapse of Vim Airlines, which had a sizable share of flights between Brussels and Russia so many Belgians are likely flying from neighbouring countries instead.

Olivier Jager, chief executive of ForwardKeys, said: “It is interesting to compare the different methods for assessing World Cup fever. On one approach, the list is headed by small countries, whose populations rarely visit Russia, so the uplift multiples of the top-ranked countries are enormous.

"However, the alternative approach tells you where the largest numbers of fans are coming from. Nevertheless, what I find fascinating is that whichever method one uses to assess World Cup fever, the top country is one that has not qualified for the finals.

"If anything, that illustrates the global appeal of football. My observation is that only four countries make the top 15 on both methods, Brazil, Egypt, Mexico and Peru so perhaps we should say they are the ones most gripped by World Cup fever.” 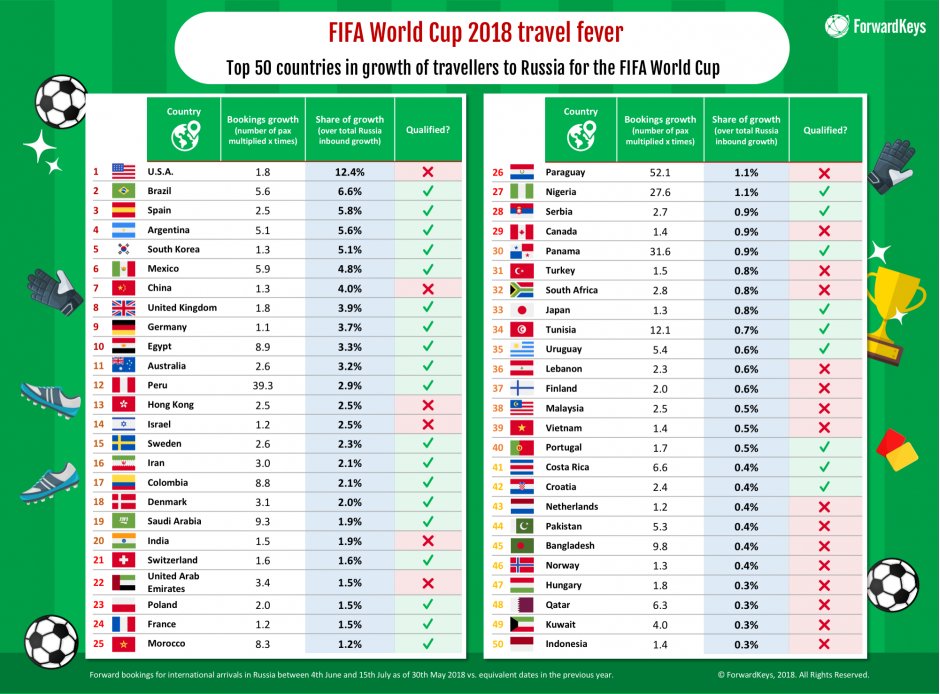