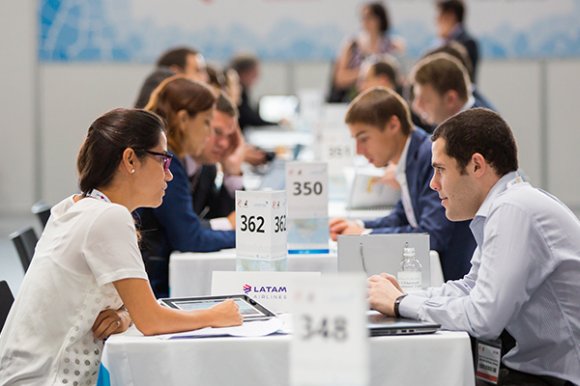 Senior network planners from more than 100 airlines have now confirmed their attendance at World Routes 2018 in Guangzhou, China. These senior decision makers will be heading to Guangzhou for the event 15-18 September to take part in face-to-face meetings with airports and tourism authorities, to negotiate existing air services and explore new route opportunities.

Flying in from Europe will be delegates from flag carriers such as Brussels Airlines and Finnair, with the likes of Wizz Air and Vueling representing the low-cost carrier sector.

Joining World Routes from the Middle East are Qatar Airways, Oman Air and Emirates among others. With the event being held in China, Asian airlines are well represented with a mix of low-cost and full service carriers, such as AirAsia, Korean Air, Philippine Airlines, Vietnam Airlines and HK Express.

More than 3,000 delegates are expected to attend this year’s event, including more than 700 airports and 130 tourist boards from more than 110 countries. Three concentrated business days allow for 13,000 face-to-face meetings to take place, making World Routes an unrivalled platform for senior decision makers to come together and shape the world’s future air services.  View the full attendee list.

The meeting request system for World Routes will open on 8 July. Register now to attend World Routes 2018 and engage with these key airline officials in Guangzhou.