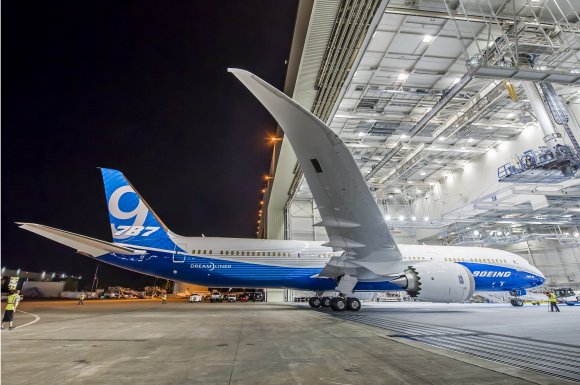 Bamboo Airways, a start-up airline that plans to begin commercial operations in 2019 out of Vietnam’s capital city Hanoi, has signed a deal to buy 20 Boeing 787-9s.

The aircraft are tentatively scheduled to be delivered from April 2020 through to 2021. The order was placed during a signing ceremony at the US Chamber of Commerce office, witnessed by Voung Dinh Hue, deputy prime minister of Vietnam.

Bamboo Airways is owned by construction company FLC Group and initially plans to offer flights within Vietnam before expanding into other Northeast Asian markets such as China, Korea and Japan. After that, it has ambitions of opening long-haul routes to Europe and North America.

"We are excited to introduce these new 787 Dreamliners into our fleet as we prepare to launch long-haul operations to international markets," said Trinh Van Quyet, chairman of FLC Group.

"Our long-term vision is to connect Vietnam to key markets within Asia, Europe and North America and the capabilities of these new state-of-the-art Dreamliners will help us achieve our goals.

“The 787's superior economics and efficiency, as well as the passenger pleasing interior of the Dreamliner will allow us to successfully grow our business while enabling us to better serve our customers."

Dinesh Keskar, senior vice president of Asia Pacific and India sales at Boeing Commercial Airplanes, added: "We are confident that the 787 will help launch Bamboo's long-haul operations and serve as the foundation of their success for many years to come."

The planned launch of Bamboo Airways comes at a time of rapid growth in Vietnam’s aviation sector, driven by a rise in domestic and foreign travellers and the emergence of low-cost carriers.

A look at the number of domestic departure seats on offer over the past five years highlights Vietjet’s rapid expansion in its home market. From offering 1.96 million available seats in 2013, the carrier last year had 13.5 million seats on offer. In 2018, OAG Schedules Analyser shows the figure will leap by about 22 percent to 16.4 million.

In 2017, Vietnam’s top ten markets by capacity accounted for 88 percent of the total international seats available.

South Korea remains as its largest market with 3.16 million seats, up by a staggering 43 percent on the previous 12 months. China also grew strongly last year, with capacity rising by 48 percent, while Thailand also grew by 15 percent.