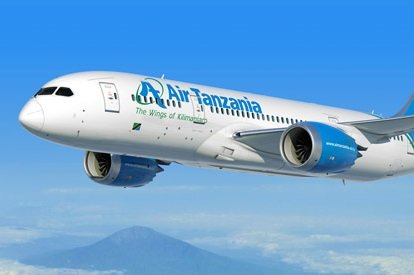 Air Tanzania’s ambitious revival plans have taken a major step forward with the arrival of its first Boeing 787-8 Dreamliner.

The airline, which has outlined its intention to launch intercontinental flights to Mumbai and Guangzhou in September, is among a cohort of carriers taking part in Routes Africa 2018 next week in Accra, Ghana.

After a decade of steady decline, Air Tanzania has rebounded in 2018, launching new African routes including Bukoba and Dodoma, and reviving major routes such as Zanzibar, Kilimanjaro and Mbeya which had slipped from the radar.

“We believe this is the perfect aircraft to realise our ambition to connect with the rest of the world through the initiation of intercontinental flights.”

The airline is also adding two Bombardier CS300 jets to its fleet as part of the expansion, and is understood to be in discussion for a second 787 with Europe a potential target for growth.

“We are glad to include the Boeing 737 MAX 8, the latest in Boeing's single-aisle series, in our young and modern fleet of over 100 aircraft with an average age of less than five years,” said GebreMariam.