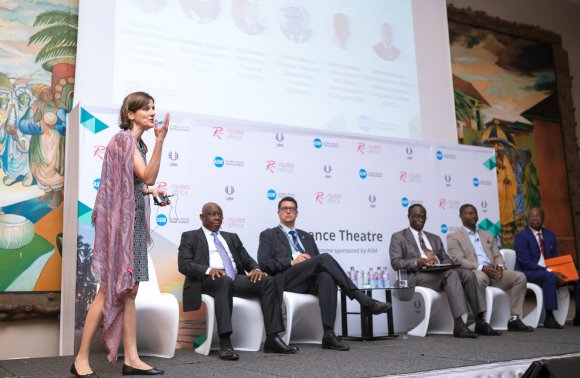 African airlines must move quickly if they are to benefit from the recent launch of the Single African Aviation Transport Market (SAATM) which launched in January.

Speaking at Routes Africa in Accra, Ghana, in a talk addressing African single skies, Ghana Airport Company managing director John Attafuah welcomed the deal which has seen 26 African countries sign up in a bid to open up the continent's aviation market.

However, coming 19 years after the Yamoussoukro Decision in 1999 that provided for full liberalisation, he urged delegates not to let the opportunity slip through their hands again.

Attafuah said: "I hope that this time round we are going to move quickly otherwise other main airlines will take advantage."

OAG international business development manager Mory Camara agreed that the continent's airlines need to strike while the iron is hot.

He said: "It is an exciting time for the African aviation industry. It is getting better but it is far away from what it should be."

Camara added the situation added of the 10 largest cities in Africa, they are only 30% directly connected with one another. This compares unfavourably with a level of 97% between Europe's 10 largest cities.

"There's a lot to be done and if we are not careful other carriers will take advantage," he said. "Dubai is the eighth largest hub in the whole of Africa (for African aviation) and it is not in Africa."