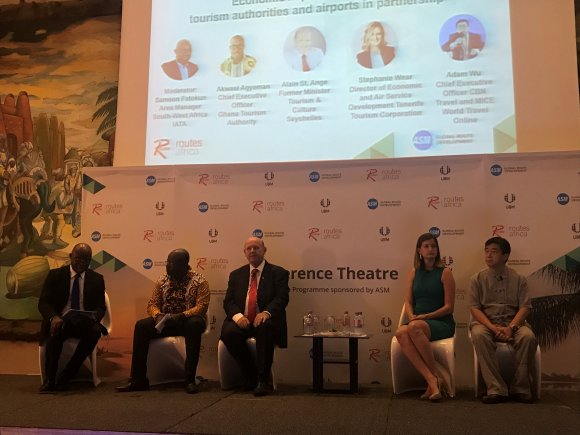 African governments should stop regarding visa fees from travellers as a revenue generating tool and reform them, Routes Africa 2018 has been told.

The Seychelles was the first African nation to remove visa fees for Chinese travellers and, according to former minister for tourism and culture Alain St.Ange, others should follow suit.

“When we removed the visa in the Seychelles our policy was to become the friend of everybody and enemy of none,” he said. “You don’t need a visa to enter a friend’s house.”

“Visas were never meant to be a revenue generating machine; they were designed to control borders. If you increase the number of visitors because you remove visas you will get much more revenue generated.”

However, St. Ange noted that African nations must ensure that any growth in tourist spend ends up in the hands of local people and businesses.

“We need to make sure that the people get the money,” he said. “The people must benefit from this, pay more taxes, and the government gets more money.”

Adam Wu, chief executive officer, CBN Travel and MICE, noted that Chinese tourists are much more likely to visit a country which has scrapped visa fees.

“As soon as a country removes the visa requirement, the increase in Chinese visitors is up to 600 percent,” he said.

In agreement was Samson Fatokun, area manager for south-west Africa at IATA, who said that visa fees were also preventing intra-African transport.

“African citizens need visas for 60 percent of other African countries,” he said. “How can we get governments to understand this issue and liberalise the visa regime?

“You get that money back in people paying for taxis, eating out. It creates more jobs in SMEs.”

If you don’t have obstacles and are able to attract more tourists it becomes much easier to secure investment,” she said. “You can create a working economy that grows on its own.”

Various models were suggested, including a regional visa system, for example in West Africa, whereby travellers could visit multiple destinations in one trip. This is particularly attractive for Chinese visitors, noted Dr Wu.

However, underpinning this must be more cooperation between countries in Africa.

“We need all of the respective tourism boards to speak with one voice,” said Akwasi Agyeman, chief executive of Ghana Tourism Authority.

St. Ange added: “The African Union (AU) finally has a tourism desk after we pushed and pushed. It is the job of the AU to work with every tourist board to create one visa for east Africa, west Africa and southern Africa.”