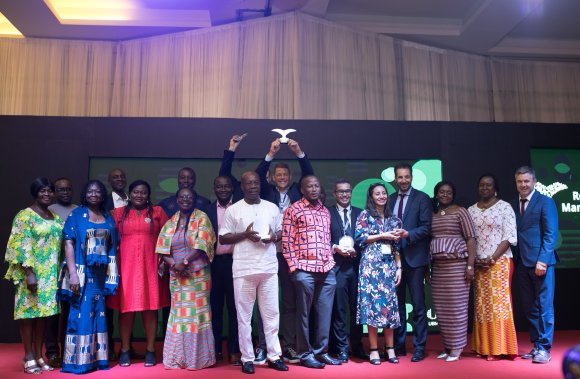 The winners of the Routes Africa 2018 Marketing Awards have been revealed, with the overall winner through to the final at World Routes in Guangzhou.

Cape Town Air Access was announced as the overall winner of the Routes Africa 2018 Marketing Awards at a ceremony tonight (17 July) in Accra, Ghana after also picking up the award for Destination Marketing.

Nominated and judged by airlines, the annual Routes Africa Marketing Awards are highly regarded in the aviation industry for recognising the outstanding marketing services that have supported the launch of new air routes or the development of existing services.

Winners of the Destination Marketing and Overall Winner awards, Cape Town Air Access were highly praised for assisting their local airport in establishing 13 new routes and the expansion of 17 existing routes, doubling the seat capacity at the airport.

The success of the project has been reflected in the international terminal passenger growth: a 9 percent growth recorded in 2015, 16 percent growth in 2016, and an exceptional 20 percent growth for 2017 in two-way passengers. This has contributed an extra 300 million US Dollars in direct tourism spending to the local economy. International cargo has also seen a phenomenal 52 percent growth - during 2017 due to the added belly-freight capacity.

Awards were also available for an airport serving 4-20 million passengers, and a small airport serving fewer than 4 million. Cape Town International Airport scooped the former prize, with Abidjan International Airport picking up the latter – after experiencing double digit growth from over 20 airlines this year including Ethiopian, CAM Air, Tunis Air, RwandAir among others.

The judges attributed Cape Town International Airport’s success to their collaborative approach with their stakeholders, most importantly their key client - the airline. The team were commended for their continuous and consistent engagement through their key account model. In the last year, overall airport passenger numbers for grew by 6 percent, with domestic passenger numbers growing by 3 percent, and international numbers by a staggering 22 percent.

Airports shortlisted either though the number of airline votes they received via Routesonline or by achieving passenger and seat capacity growth based on schedules data were asked to prepare a submission to be judged by a panel of airline representatives. The airline judges study the submissions and provide score against a criteria - their combined scores determine the winners.

The judges this year were:

As overall winner of tonight’s awards, Cape Town Air Access will be automatically shortlisted for the World Routes Marketing Awards in Guangzhou on 17 September 2018.