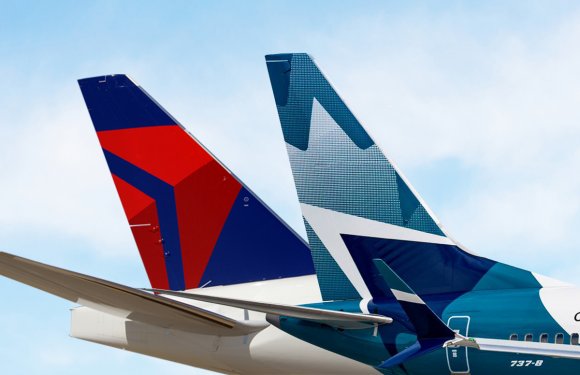 Canada’s WestJet and US carrier Delta Air Lines have signed a definitive agreement to create a comprehensive transborder joint venture.

The agreement deepens the existing codeshare partnership between the carriers and follows the signing of a memorandum of understanding in December 2017 announcing the intention to form a JV.

WestJet president and CEO chief executive Ed Sims added: “The joint venture will allow us to maximize our existing partnership with Delta to benefit customers by bringing greater competition to the transborder market.”

According to OAG Schedules Analyser, Delta and WestJet serve a combined 63 transborder markets in July 2018, from 11 departure points in Canada and 26 in the US, with most capacity on New York LaGuardia - Toronto Pearson.

The figures show that Delta Air Lines has a 12.34 percent capacity share of the US-Canada market in July, while WestJet’s is 12.68 percent.